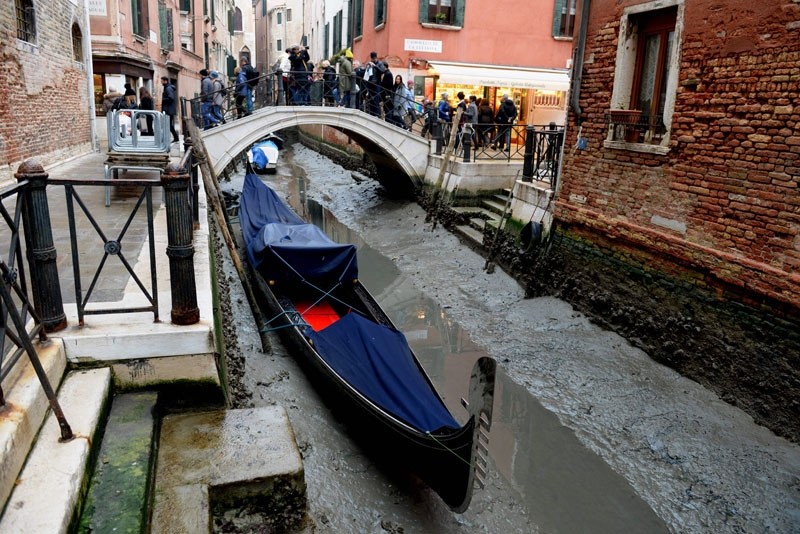 Some of Venice's legendary canals have dried out, forcing gondolas to be pulled up onto dry land after weeks of no rain and low tides caused by the recent "super blue blood moon." 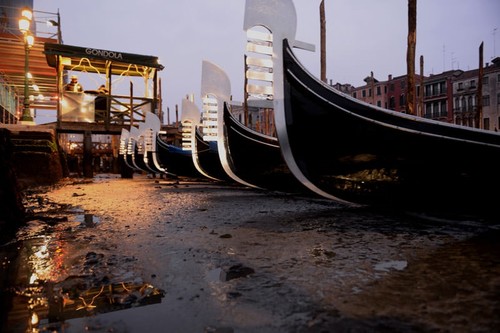 The unusually low tides caused record low water levels, measuring as little as 70 cm, which caused problems to the water traffic in the historic center of Venice, creating a surreal atmosphere in the famous Italian tourist attraction. 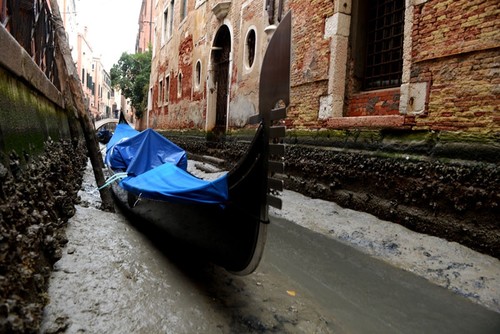 Venice, the capital of northern Italy's Veneto region, is built on more than 100 small islands in a lagoon in the Adriatic Sea. It has no roads, just canals – including the Grand Canal thoroughfare – lined with Renaissance and Gothic palaces. 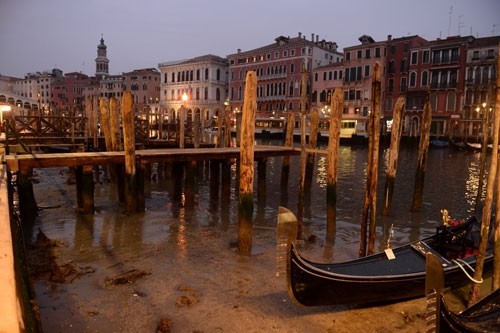