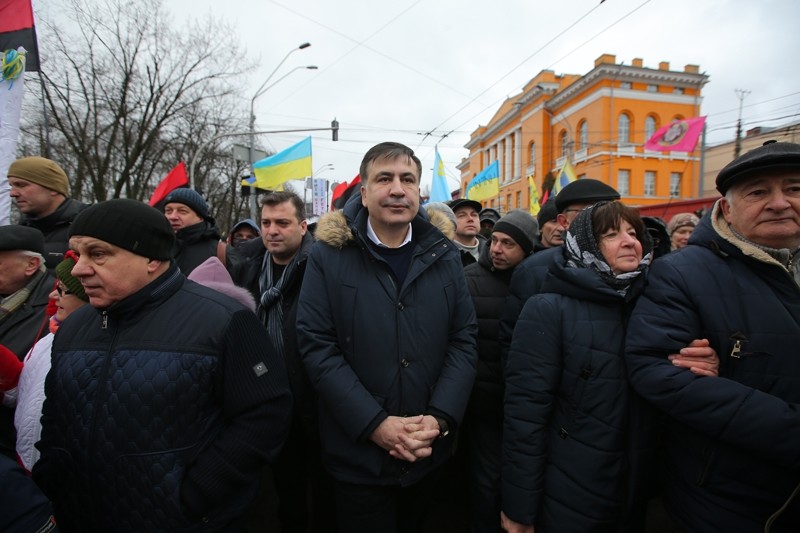 Thousands of demonstrators have marched in the Ukrainian capital to demand the resignation of President Petro Poroshenko.

The protest of about 5,000 people in Kiev on Sunday was led by Mikheil Saakashvili, the former Georgian president who moved to Ukraine as a Poroshenko ally but then was stripped of his citizenship last year.

Saakashvili was abroad when he lost his citizenship, but forced his way back into Ukraine in September and since then has led repeated protests against Poroshenko, alleging the president is corrupt.

The rally was broadcast live on his Facebook page.

Saakashvili told participants: "Today's action is the beginning of a campaign to dismantle this rotten and corrupt system. And Poroshenko's resignation is only the first step."

No arrests or clashes with police were reported.