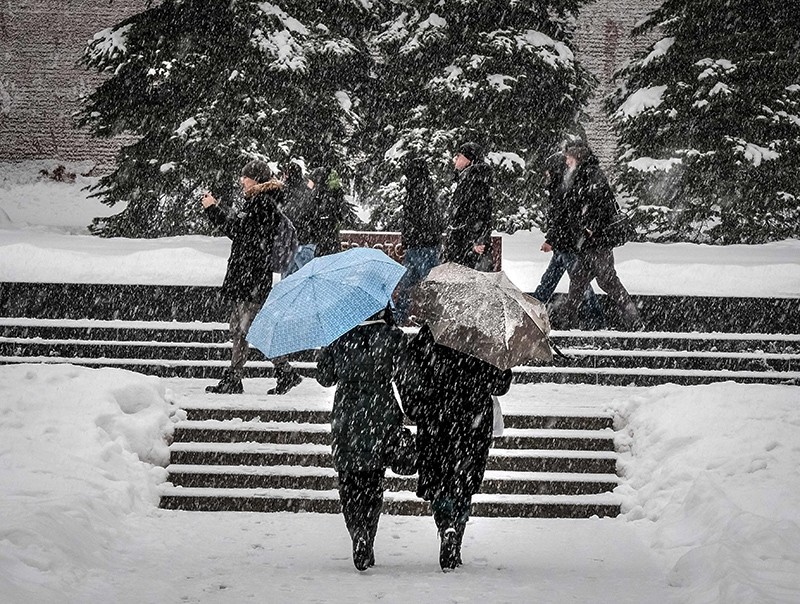 At least one person died and several were injured after Moscow experienced its heaviest day of snowfall since records began, the city's mayor and agencies said Sunday.

Russia's meteorological service said Moscow had seen more than half its average monthly snowfall in the space of 24 hours, with 43 centimeters (17 inches) blanketing the capital by Sunday morning, agencies reported.

"One person died from a falling tree that hit an electric power line," Moscow mayor Sergei Sobyanin said on his VKontakte social media page, adding that 360 trees had already been brought down by the extreme weather.

"According to the latest information, five have been injured. Be careful. The forecast says the weather will get worse," he later said via Twitter, warning of strong winds to come.

Dozens of flights were delayed and several canceled at the city's airports.

Earlier an official from Moscow's meteorological office told Interfax news agency the equivalent of 14 millimeters of water had fallen in 12 hours on Saturday, topping a previous record from 1957.