Russia’s Putin admits he still does not have smartphone 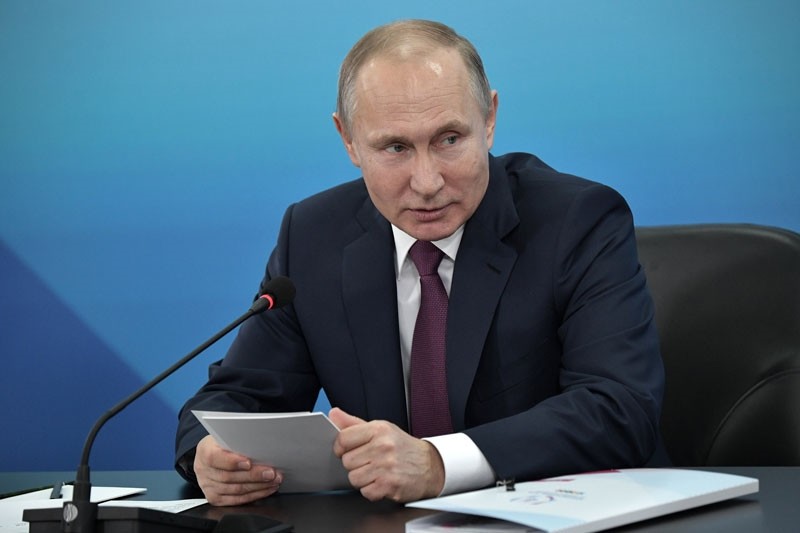 Russian President Vladimir Putin said Thursday that he still does not have a smartphone, after revealing last year that he has no interest in joining any social media networks.

At a meeting with scientists and academics, Putin made the admission in response to a speech by Mikhail Kovalchuk, head of the Kurchatov nuclear research institute, while traveling in Siberia ahead of March 18 polls in which he is seeking a fourth term in the Kremlin.

"You said that everyone has smartphones. But I don't have a smartphone," Putin said, to laughter in the audience. He responded to a comment from Kovalchuk that "everyone has a smartphone in their pocket."

The 65-year-old grandfather has previously admitted to technological cluelessness -- saying in 2005 that he did not have a mobile phone at all -- and voiced fears over content available online.

Last year while meeting schoolchildren, Putin told them he barely uses the internet, after being asked if he looked at Instagram or other social networks in his spare moments.

"I personally practically don't use this," Putin said of the internet, adding that members of his staff do get online.

"My hard working day finishes so late, I'm not up to Instagram," he said.

Putin contrasts with 52-year-old Prime Minister Dmitry Medvedev, who is often seen with an iPhone and other gadgets and puts up his own snapshots on his official Instagram page.

In past years, Putin has claimed that the internet is a "special project of the CIA" and "half pornography".

Since his return to the Kremlin in 2012, Putin has overseen a harsh crackdown on internet freedoms, bringing in laws to allow sites with allegedly extremist content to be blocked without a court order and prosecuting a growing number of people for posting online.

The internet remains one of the country's few forums for political debate and Kremlin critic Alexei Navalny has won a youth following with live video blogs and YouTube videos.