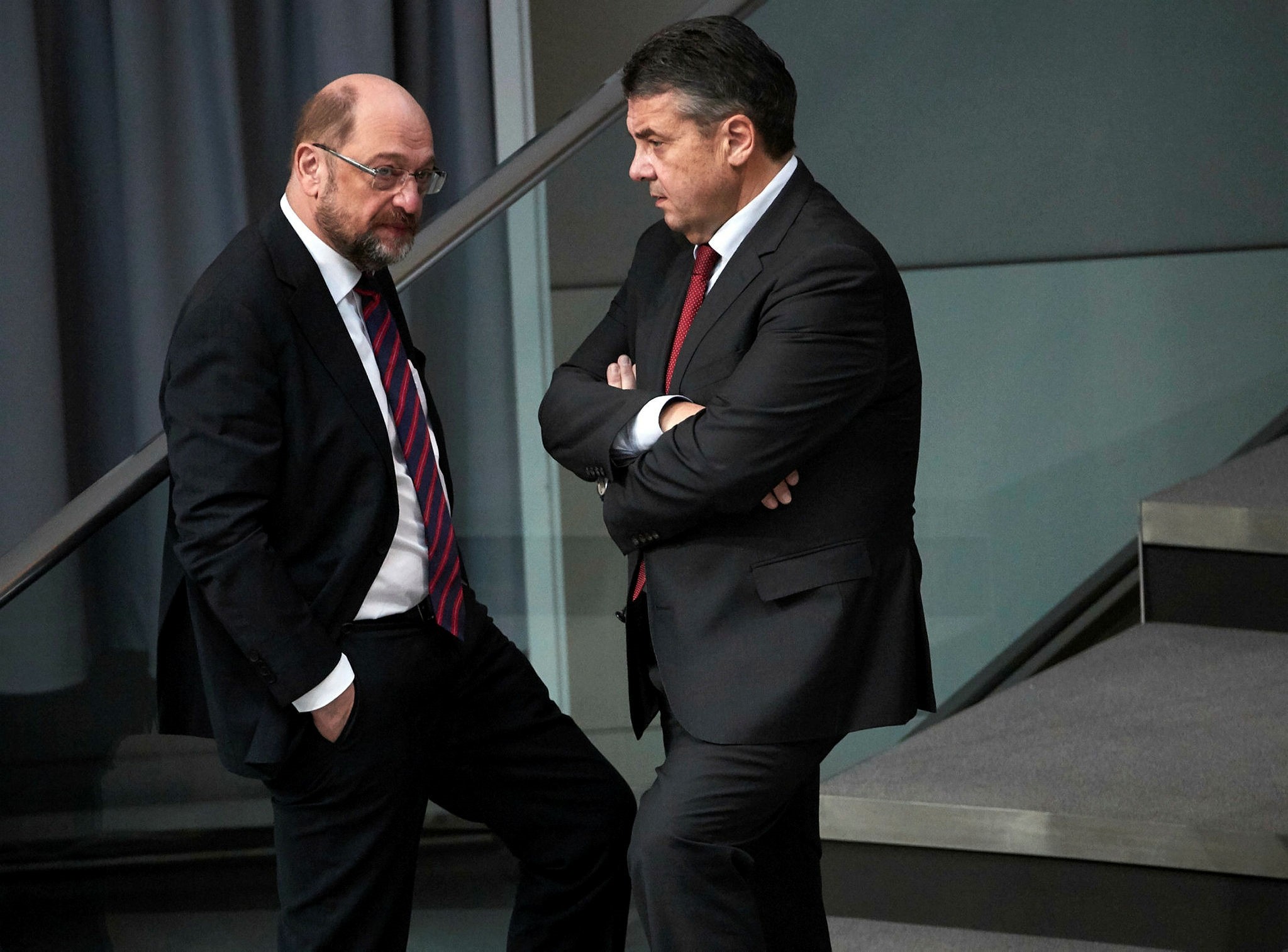 German Social Democrat leader Martin Schulz confirmed on Friday he would not take up the position of foreign minister or serve in the next government, seeking to end a party row over his role.

"I hereby renounce joining the federal government and at the same time implore that this should be an end to debates about personalities" within the Social Democratic Party (SPD), Schulz said in a statement, as reported by AFP.

German Chancellor Angela Merkel's conservative Union bloc and the center-left Social Democrats (SPD) reached a deal Wednesday to form a new coalition, which is being put to Social Democrat members for approval. SPD leader Schulz was planning to take the foreign ministry — held by Sigmar Gabriel, who lead the SPD for eight years from 2009 until 2017 and is currently one of Germany's most popular politicians.

Gabriel complained to the Funke newspaper group in comments published earlier on Friday about "disrespectful" behavior in the party and lack of appreciation towards his work. "I have enjoyed carrying out the role of foreign minister," Gabriel said in the Funke interview. "And in the eyes of the public I have clearly fulfilled my duties."

He said Germans appear to think he's been successful "and it's clear I regret that the new Social Democrat leadership didn't care about this public appreciation of my work."

The 58-year-old did admit that it was the right of the new leadership to replace ministers; however he regretted the way his replacement was carried out. "The only thing left, really, is remorse over how disrespectful we've become with one another in our dealings and how little someone's word still counts," he said.

The SPD's Martin Schulz had promised before the September German elections that he would not enter another grand coalition government with Merkel as the nation's Chancellor.

However, after a deal was reached on how the new government will be formed Schulz announced last Wednesday that he wanted to lead Germany's Foreign Ministry.

A significant chunk of the SPD, especially its youth wing, the "Jusos,"who were and are still staunchly against further cooperation with Merkel, are feeling increasingly disenfranchised.

The SPD's 463,000 party members still have to approve the party's coalition with Merkel's conservative bloc during conferences that are set to take place later this month and early March.

It had also been rumored that Gabriel had been reassures that he would keep his position as foreign minister by Schulz himself.

"I am too much from a world in which you do not just look sideways but straight in the eyes and tell the truth; that evidently has fallen out of fashion." Gabriel said.

Despite Schulz's change of heart the Foreign Ministry had confirmed that Gabriel will not be attending the Munich Security Conference or any other upcoming meetings in Kuwait regarding the coalition against the Daesh terrorist group, as well as an informal EU foreign ministers' meeting in Bulgaria, due to take place in the following week.

Gabriel was supported by fellow SPD member and state governor of Lower Saxony, Stephan Weil, saying that his political career was not over and praising his accomplishments: "I am sure we will keep hearing from him," Weil said last Thursday. "This is not the end of his political work or his political career."