Italians rally against fascism, racism after shooting spree against migrants 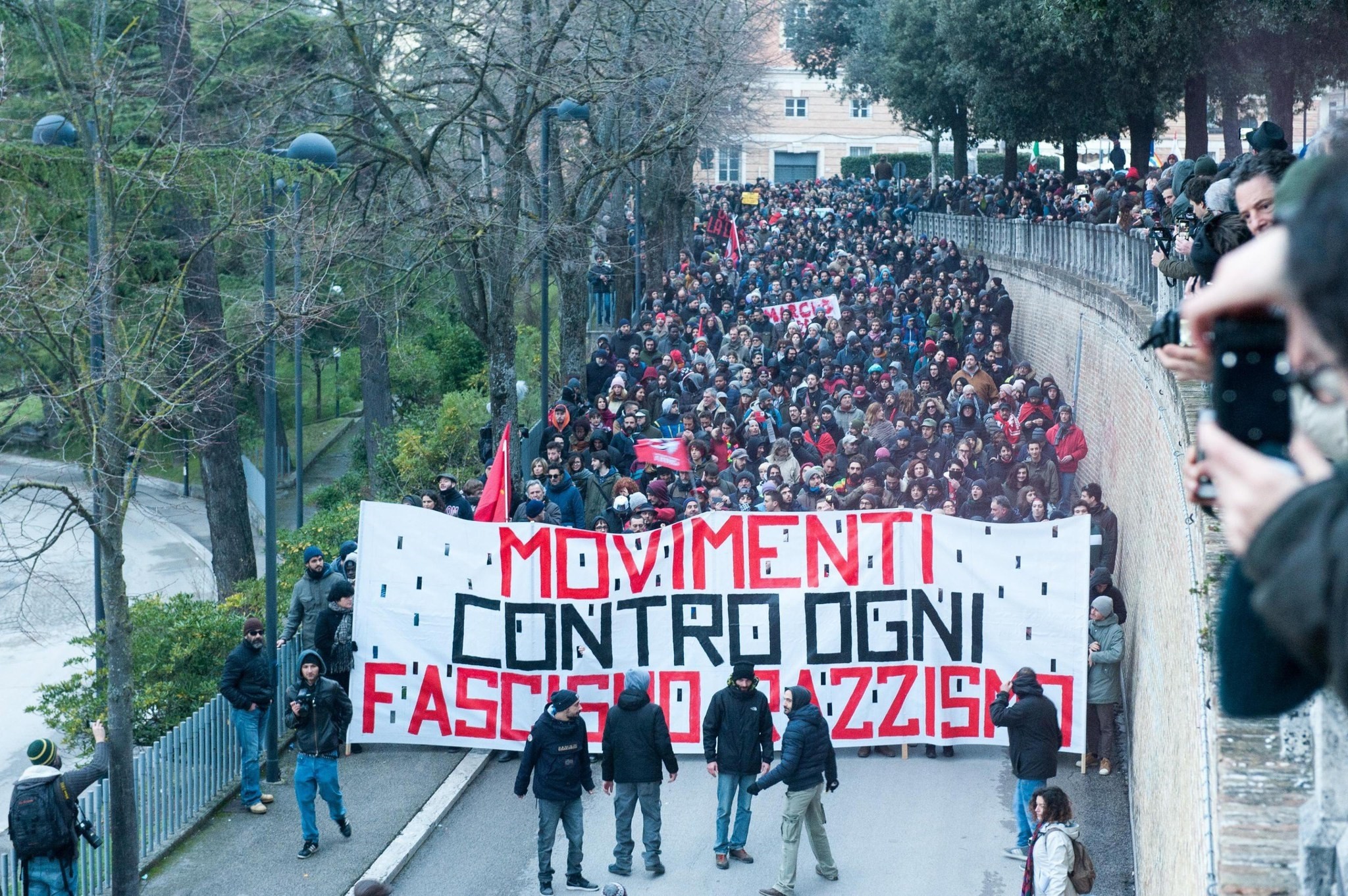 Thousands of Italians marched against racism on Saturday in the city of Macerata where a man opened fire on African migrants a week ago, injuring six people in what police said was a racially motivated attack.

In Macerata, a city in central Italy where a week ago a far-right gunman with neo-Nazi sympathies wounded six African migrants in a drive-by shooting, there were fears the march could trigger violence. Schools, shops and mass transit were shut down protectively for fear of clashes, but the march by several thousand people was peaceful.

Anti-fascist, anti-racism marchers also turned out in Milan, Turin, Rome and Palermo, Sicily, among other cities.

Italians and migrants peacefully carried Italian flags and banners against violence and racism and flew red, heart-shaped balloons with the names of the victims of the shooting.

One placard read "fascist Salvini" a reference to Matteo Salvini, the leader of the right-wing Northern League party which campaigns strongly against illegal immigrants.

However, in a sign of widespread and growing anti-migrant sentiment in Italy, none of the leaders of the main parties attended the march.

In Piacenza, a small city in northern Italy, some anti-fascism demonstrators hurled cobblestones at police and clashed with officers as they protested the opening of a local headquarters for a far-right political group, Sky TG24 TV and the ANSA news agency reported.

Italy's election campaign has been marked by rising tensions over the country's migrant population, which in the last few years has swelled by several hundred thousand people, many of them Africans. Most of them were rescued at sea from human traffickers' boats in the Mediterranean.

Surveys indicate that many Italians blame immigrants for violent crime. Leaders of a center-right campaign alliance, including former Premier Silvio Berlusconi and anti-migrant League leader Matteo Salvini, have pledged to quickly deport huge numbers of the migrants if they win power.

Salvini hammered away Saturday at the migrants-bring-violent-crime motif.

ANSA quoted him as telling a campaign rally in northern Italy that he couldn't wait for a March 4 election victory "to start expelling all the illegals one by one, to defend, above all, the women, the girls" who allegedly fear sexual assault by migrants.

In Macerata, the suspected gunman, Luca Traini, was arrested for the Feb. 3 shootings that targeted African migrants. The 28-year-old Italian was a former unsuccessful candidate for Salvini's party. He has told authorities he had been angered by the death of an 18-year-old Italian woman whose dismembered body was found in two suitcases.

Macerata prosecutors said Saturday that preliminary autopsy results indicated the woman, who had walked away from a drug rehabilitation center, had been likely murdered and not died from a drug overdose. They said four Nigerians, including a local drug dealer, are under investigation in her death.

Among Macerata's marchers on Saturday was Cecile Kyenge, a former Italian integration minister and a native of Africa. She said marching was a way to protest "the hate that is dividing our country."