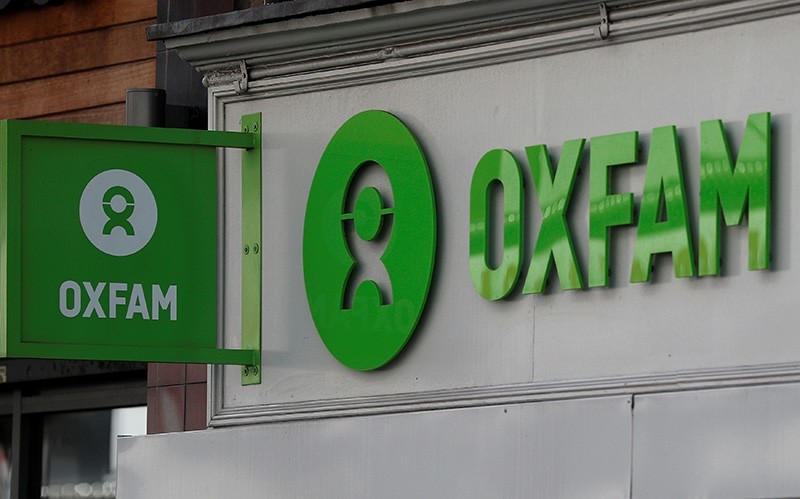 The deputy head of Oxfam resigned on Monday over what she said was the British charity's failure to adequately respond to past allegations of sexual misconduct by some of its staff as the country's top development official threatened to pull public funding from the charity unless it comes clean.

The resignation of Penny Lawrence came after days of crisis at the charity triggered by a report in the Times newspaper alleging that some staff had paid for sex with prostitutes in Haiti in 2011, during humanitarian relief efforts after an earthquake.

"Over the last few days we have become aware that concerns were raised about the behavior of staff in Chad as well as Haiti that we failed to adequately act upon," Lawrence said in a statement.

"It is now clear that these allegations - involving the use of prostitutes and which related to the behavior of both the Country Director and members of his team in Chad - were raised before he moved to Haiti.

"As programme director at the time, I am ashamed that this happened on my watch and I take full responsibility," she said.

While neither confirming nor denying the detailed allegations made in the Times article last week, Oxfam had said that it had held an internal investigation over alleged misconduct in Haiti in 2011.

As a result of that investigation, Oxfam said, four staff members had been dismissed and three, including the Haiti country director who had previously held that role in Chad, had resigned.

"The misconduct findings related to offences including bullying, harassment, intimidation and failure to protect staff as well as sexual misconduct," Oxfam said in a statement on Friday.

Lawrence's resignation came on the same day that senior Oxfam managers were summoned to a meeting with Britain's aid minister Penny Mordaunt, who has threatened to withdraw government funding from the charity if it did not come clean.

Oxfam demonstrated a "failure of leadership" when it failed to fully inform authorities and because it didn't prevent the alleged perpetrators from going to work for other charities, she said.

Mordaunt made clear that all aid agencies must show "moral leadership" in tackling sex abuse or risk losing their taxpayer funding.

"What is so disturbing about Oxfam is that when this was reported to them, they completely failed to do the right thing," Mordaunt told the BBC on Sunday. "That's what we need to focus on, and that's what ultimately will stop predatory individuals from being able to take advantage of vulnerable people."

Britain's government needs to do more to make charities strengthen safeguarding procedures to ensure the "horrific behavior" of some members of Oxfam International is not repeated, a spokesman for the prime minister said.

Theresa May's spokesman told reporters that international aid minister Penny Mordaunt was meeting Oxfam representatives on Monday to consider what further steps needed to be taken over a sexual misconduct scandal in Haiti.

"DFID (the Department for International Development) have taken action in this area to try and further strengthen systems to enforce a zero-tolerance approach. There are a number of measures they have taken but we want to go further in this area," he said.

Oxfam announced seven measures Sunday designed to strengthen its handling of sexual abuse allegations. The package includes improving the vetting of employees, creating an external complaint line for whistleblowers and working with other charities to overcome the "legal difficulties" that kept them from sharing information on sexual misconduct cases.

"We will continue to address the underlying cultural issues that allowed this behavior to happen," Caroline Thompson, the chair of Oxfam Great Britain's board of trustees, said in a statement. "We also want to satisfy ourselves that we do now have a culture of openness and transparency and that we fully learn the lessons of events in 2011."

The Times of London reported last week that seven former Oxfam staff members who worked in Haiti after the 2010 earthquake that devastated the country were the subject of misconduct allegations that included the use of prostitutes and downloading pornography. Oxfam's investigation into the charges was hampered by a "determination to keep it out of the public eye," the Times said.

The newspaper's sister publication, the Sunday Times, said the problem goes beyond Oxfam. More than 120 people working for British charities were accused of sexual abuse in the past year, the newspaper reported, though it did not specify the exact dates or the source of the information.

Oxfam had 87 cases, the largest number of any charity, but the Times also mentioned Save the Children, the British Red Cross and Christian Aid.

In response, Save the Children said it investigated 31 cases of sexual harassment last year, which resulted in 16 people being fired and 10 being referred to police or other authorities. None of the cases involved children and all of them occurred abroad, the charity said.

The British Red Cross said it hasn't dismissed staff members working overseas for sexual abuse, harassment or pedophilia in at least the past five years. There were a "small number" of sexual harassment cases last year in the U.K., and the Red Cross said that "appropriate was taken" in all cases, though it did not specify what the actions were.

Christian Aid said it investigated two sexual misconduct cases in the last 12 months, resulting in the dismissal of one worker and less severe disciplinary action in the other.

The charity said it reported the findings to Britain's charity regulator and to major donors, including the Department for International Development, the department Mordaunt heads. The department gave Oxfam 31.7 million pounds ($43.8 million) last year.

Mordaunt took issue with the notion that her department had been fully informed, saying the charity didn't disclose that the Haiti case involved sexual misconduct. Oxfam also incorrectly told the government that no aid beneficiaries were harmed, she said.

When asked by BBC interviewer Andrew Marr whether the statement about no harm coming to Haitians was "a lie," Mordaunt replied: "Well, quite."

She said she would meet Oxfam leaders Monday to discuss the case.

"If they do not hand over all the information they have from their investigation and subsequently to the relevant authorities,... then I cannot work with them anymore as an aid delivery partner," Mordaunt said.