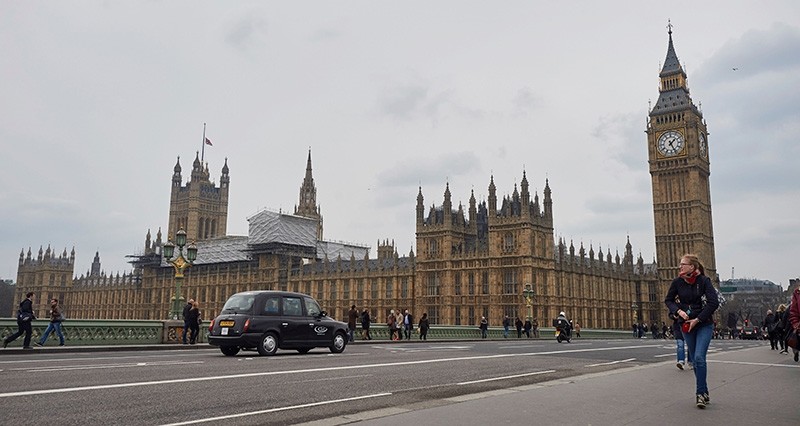 Pedestrians cross Westminster Bridge in the shadow of the Houses of Parliament in central London (AFP File Photo
by Feb 13, 2018 12:00 am

Police were investigating an incident in the British parliament on Tuesday, the lower house of the legislature said, and media reports said officers were checking a suspect package.

"The police are currently investigating an incident on the parliamentary estate," a House of Commons spokesperson said, without elaborating.

A police spokesman said he was not immediately able to comment.

Britain's parliament is currently in recess.

A Reuters correspondent in parliament said there was no sign of a broader security alert in the building.

Police have increased security at parliament after an Islamic State-inspired attacker killed five people a year ago by driving a car into pedestrians on Westminster Bridge and then stabbing to death a police officer in the grounds of parliament.