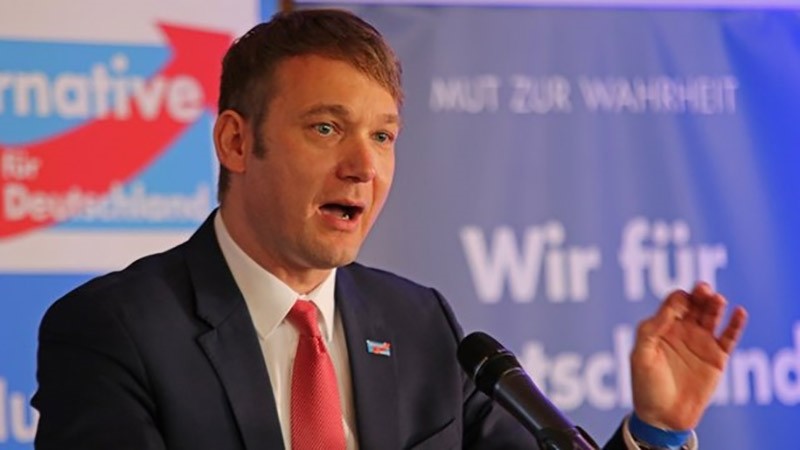 Germany's Turkish community is considering whether to launch a legal complaint against a far-right politician for dubbing them "camel herders" and "caraway traders."

The insults made by Andre Poggenburg, the head of the Alternative for Germany (AfD) Party in the state of Saxony-Anhalt, "show the level of the AfD," Gökay Sofuoğlu, the chair of the Turkish Community in Germany, was quoted by the Stuttgarter Zeitung newspaper as saying.

Poggenburg's party has "no inhibitions in making discriminatory and racist comments," Sofuoğlu said in an article posted online early Thursday.

Poggenburg was reacting to Turkish groups who oppose the concept of a new Home Ministry as proposed in the new German government coalition agreement, saying it harks back to the Nazi era and might divide the country rather than unite it.

But the plan is popular with the AfD, which bounced into the German Bundestag in last year's elections and has only seen its support grow amid political bickering by the more established parties.

"These caraway traders have the genocide of 1.5 million Armenians weighing them down ... and they want to tell us something about history and homeland? They're nuts. These camel herders should set off to where they belong," Poggenburg said on Wednesday.

He was referring to the World War I-era deaths of Armenians in Turkey, an event that has been recognized as a genocide by some countries, but has been rejected by Turkey, who, however, acknowledges there were casualties on both sides during the war.

From Turkey's perspective, the deaths of Armenians in eastern Anatolia in 1915 occurred after some Armenian nationalists sided with the invading Russians and revolted against the Ottoman army. The subsequent relocation of Armenians resulted in numerous casualties. Turkey describes the events of 1915 as a tragedy for both sides and Ankara has repeatedly proposed the formation of a joint commission of historians from Turkey and Armenia, along with international experts, to tackle the issue.

He also lashed out at dual citizenship for Germany's Turks, which he said results in nothing "but homeland and fatherland-less riff-raff."