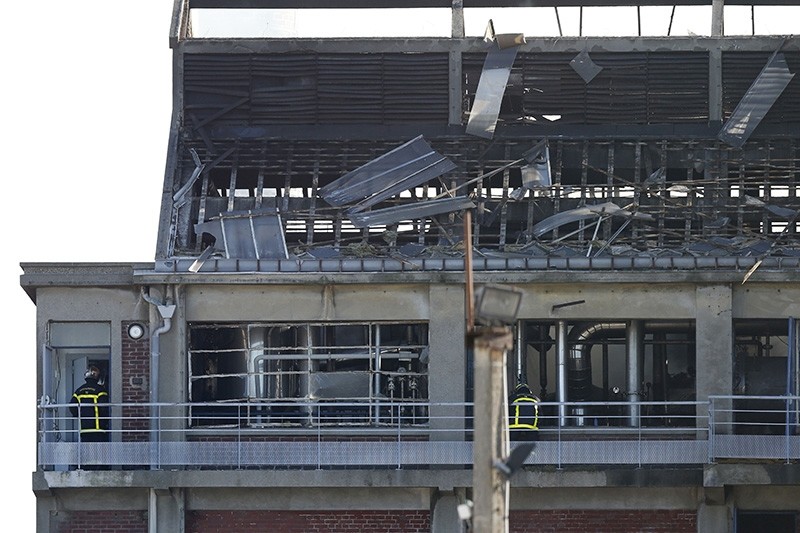 Firefighters work at the site of an explosion at the Saipol factory in Dieppe on February 17, 2018 which left one person dead and another missing. (AFP Photo)
by Compiled from Wire Services Feb 17, 2018 12:00 am

Two people died after an explosion at an oilseed factory in northern France belonging to Saipol, the oilseed branch of French farmer-owned group Avril, the company said on Saturday.

Avril is the largest biodiesel producer in Europe and largest table oil producer in France with brands including Lesieur and Pouget.

The cause of the blast in one of the oil tanks is not yet known, according to the local prefecture and the company that runs the plant, but a police investigation has been launched.

A spokesman for the company said there was an explosion followed by fire at the Saipol factory in the town of Dieppe around 1000 GMT.

A team of 40 firefighters, police and rescuers were at the site of the Saipol factory, where the explosion unleashed huge flames and a large column of smoke.

The factory, which produces raw oil that is later transformed into other products such as biodiesel in other plants, employs 40 people.

In June last year, Saipol halted output at one of its biggest crushing units in northern France after a fire hit the electricity supply system.