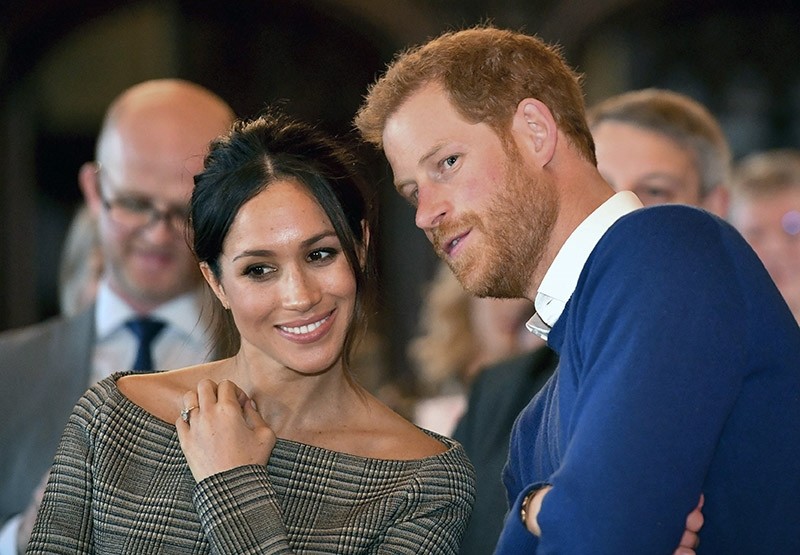 In this Thursday Jan. 18, 2018 file photo, Britain's Prince Harry talks to Meghan Markle as they watch a dance performance by Jukebox Collective in the banqueting hall during a visit to Cardiff Castle, Wales. (AP Photo)
by French Press Agency - AFP Feb 22, 2018 12:00 am

A letter with white powder was sent to Prince Harry and his fiancee Meghan Markle, the Evening Standard newspaper reported on Thursday, saying it was also believed to contain a racist message.

The paper said that officers from the Metropolitan Police's counter-terrorism command were called in after the letter was received on February 12 at a sorting office in St James's Palace in central London.

But analysis of the powder found that it was harmless.

Contacted by AFP, Prince Harry's press service at Kensington Palace declined to comment on the report.

"Police are investigating after a package containing a substance was delivered to St James's Palace on Monday, 12 February," police said in a statement.

"The substance was tested and confirmed as non-suspicious. Officers are also investigating an allegation of malicious communications which relates to the same package," the statement said.

The Evening Standard said police were believed to be examining whether the incident was linked to a package containing white powder that was sent to the British parliament on February 13.

The couple are due to marry in Windsor on May 19.

When their relationship was first revealed in 2016, Harry issued a strongly-worded statement against media harassment of his mixed-race girlfriend.

Harry's communications secretary Jason Knauf said at the time that Markle had been the subject of "a wave of abuse and harassment."

"Prince Harry is worried about Ms Markle's safety and is deeply disappointed that he has not been able to protect her," Knauf said then.