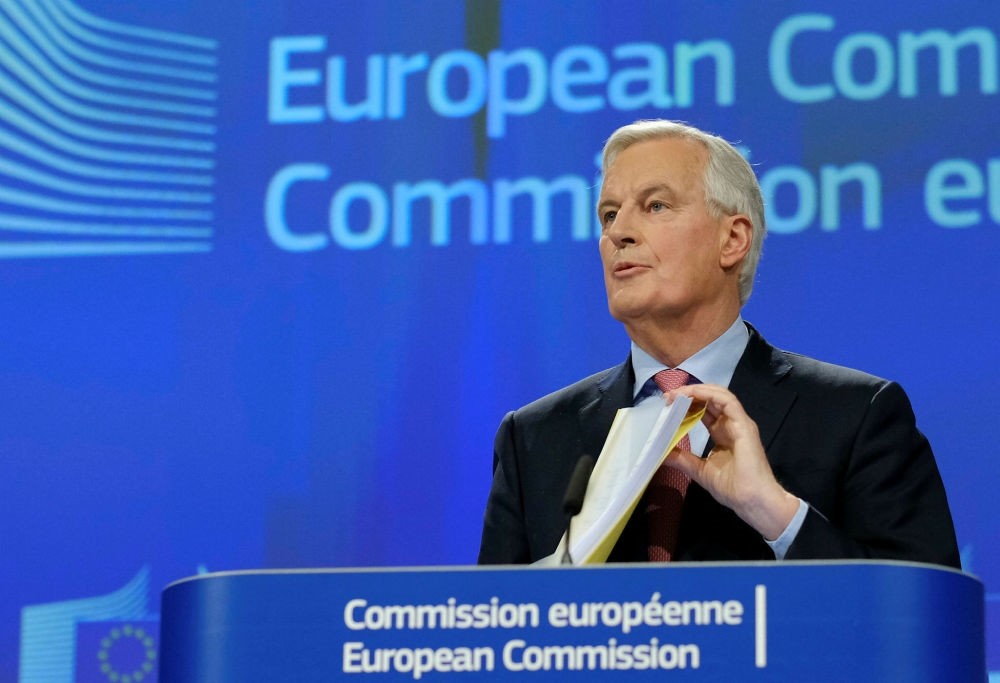 According to a draft text of Britain's withdrawal deal, the EU could maintain much of its sway in Northern Ireland after Brexit and warned time is running out for a deal

Concerned that time is fast running out, the European Union moved yesterday to force Britain's hand in Brexit negotiations by publishing a draft text that provocatively distills into legal language what they have and even what they have not agreed so far regarding Britain's departure.

Britain officially leaves the EU on March 29 next year, but Brexit talks must conclude this fall so that parliaments have time to ratify the final withdrawal agreement. The 120-page document is the EU's first stab at translating the political agreement reached in December on the terms of Britain's exit from the EU into a legal text that will be part of Britain's withdrawal treaty. The draft says that EU customs legislation "shall apply to and in the United Kingdom in respect of Northern Ireland," adding that "[the] territory of Northern Ireland ... shall be considered to be part of the customs territory of the Union." The text later adds that the above protocol can be ignored if a "subsequent agreement" is found to avoid a hard border between Northern Ireland and the Republic of Ireland.

"If we want to succeed in these negotiations, and I want to succeed, we must accelerate," EU chief Brexit negotiator Michel Barnier said yesterday as he unveiled the document, as reported by AP.

"In 13 months the U.K. will no longer be a member of the European Union. That's what it wanted."

He called on Prime Minister Theresa May to "pick up the pace" of negotiations so that a withdrawal treaty, including terms for keeping the status quo during a two-year transition period, could be agreed this autumn in order to be ratified by parliaments before next March. He repeated that the EU is "preparing for every situation" in case no deal is struck and the continent's second-biggest economy lurches chaotically out of the Union after 46 years.

May, who will lay out her vision for a post-Brexit free trading relationship with the EU on Friday, said no government could ever agree to the EU proposals and said she would work to protect UK unity in the negotiations. She again ruled out a customs union, something that her Labor opponents advocate as a way to avoid disruptive controls at Ireland's EU-UK border. "The draft legal text will, if implemented, undermine the UK common market and threaten the constitutional integrity of the UK by creating a customs and regulatory border down the Irish Sea and no UK prime minister could ever agree to it," PM May told the House of Commons.

Speaking at the parliament in London while Barnier was speaking in Brussels, she repeated that she wanted to avoid a hard border. Her pro-British allies in Belfast, on whom she relies for a slim majority to see through her Brexit legislation, pulled no punches in deriding Brussels' proposals for a "common regulatory area" comprising the EU and Northern Ireland.

The UK Independence Party, which helped force the referendum in which Britons voted to leave the EU in 2016, accused the EU executive of trying to "annex" Northern Ireland.

Unionists fear that raising new barriers with the British mainland could increase the chances of a future move to reunite the province with Ireland, an EU member. Barnier conceded there might have to be extra checks on trade between Northern Ireland and the mainland but said there would not be a "border."