Puigdemont will step aside from candidacy for Catalan president: report 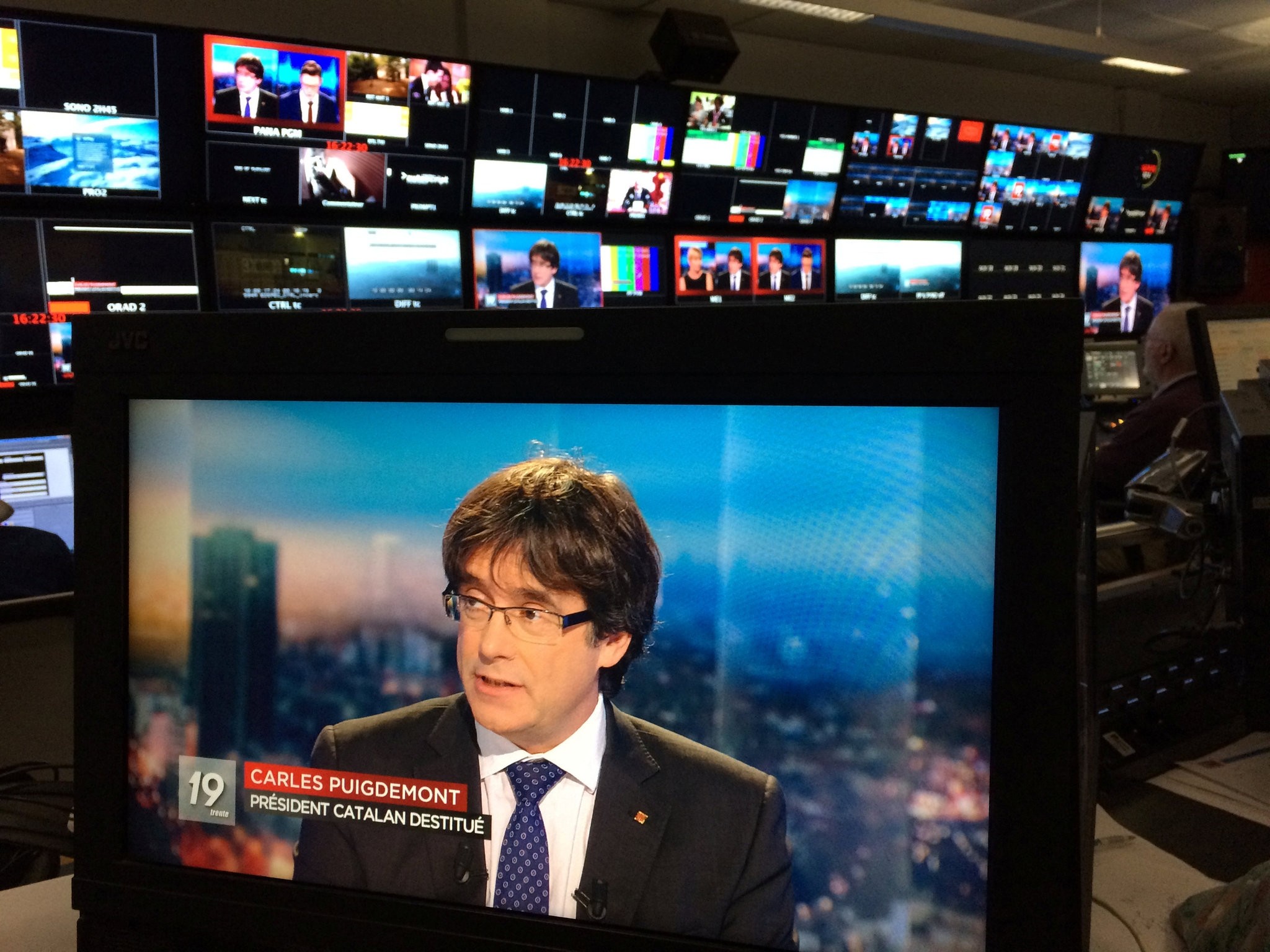 Former Catalan leader Carles Puigdemont will withdraw his candidacy for president of the Spanish northeastern region on Thursday to let another candidate to take his place, El Nacional newspaper said on Thursday, citing sources from Puigdemont's party, Junts per Catalunya.

Puigdemont will propose pro-independence campaigner Jordi Sanchez, currently held on remand in Madrid on charges of sedition, as an alternative candidate, the paper said.

Puigdemont's spokesman in Brussels was not able to confirm if the report was correct. Junts per Catalunya was not immediately available for comment.

Catalonia has been ruled directly from Madrid for the last four months since Spanish Prime Minister Mariano Rajoy invoked constitutional powers to take over the region after it declared independence in October.

Earlier on Thursday, the Catalan parliament had voted to support Puigdemont and reaffirm the validity of a banned Oct. 1 referendum on independence in a tense first session of parliament since elections in December.

The proposal, put forward by Puigdemont's party, recognised the legitimacy of Puigdemont as leader of Catalonia while stressing the importance of forming an effective government in the region.

"The honourable President Puigdemont has won enough support at the ballot box to be allowed to be voted in as president," said Quim Torra, a Junts per Catalunya lawmaker.

However, the proposal gave no clue as to how the region could move forward from a political impasse that has prevented the naming of a leader since December's regional election returned a majority for parties favouring a split from Spain.

"This session has served to show there is no road map or design for the future for the Catalan people," said Ines Arrimadas, leader of the Ciudadanos party in Catalonia. Her party won the popular vote in December's election, but not enough seats to form a government.

Puigdemont fled to Brussels after being sacked by Rajoy for declaring independence for Catalonia. He faces charges of sedition and rebellion in Spain and is likely to be arrested if he returns.

Pro-independence parties have suggested he could rule virtually from Brussels, a suggestion rejected by Catalan parliament legal experts and the Spanish government.

However, the nomination of Sanchez is likely to be just as fraught with difficulty, given that he is in detention.

Rajoy said on Thursday that a Catalan leader "must be chosen now who is in Spain, who is not in jail and who has no problems with the law".