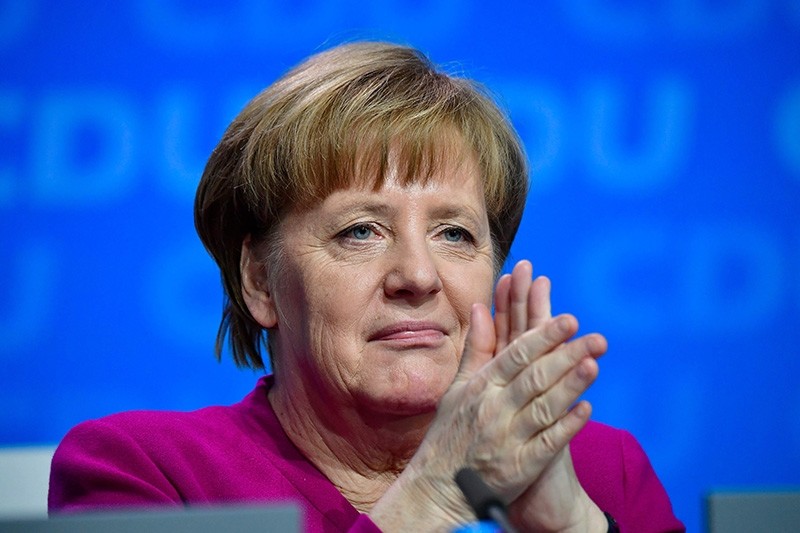 The SPD said 66 percent of its members who took part in the binding postal ballot approved the coalition deal with Merkel's CDU/CSU bloc.

Some 239,604 members of the SPD voted "yes", and 123,329 members voted "no" in the mini-referendum, party treasurer Dietmar Nietan told a news conference in Berlin.

But Merkel faces a far rockier road ahead than in the last four years.

Unlike in their previous partnership when Merkel's conservatives and the SPD enjoyed a crushing majority, this time they now have only a slim 56 percent (399 out of total 709) of seats in parliament.

Both sides had been weakened as voters angry about the arrival of more than a million asylum seekers in Germany since 2015 turned to the far-right party Alternative for Germany (AfD).

Wary that the AfD has further fragmented the political landscape and that voters are calling for change, Merkel's conservatives and the SPD have also inserted a clause to review their cooperation in two years.

And despite Sunday's positive vote outcome, dissenting voices in the SPD remain loud.

The party's youth chief Kevin Kuehnert, who ran an impassioned campaign against the planned coalition known as "GroKo", expressed disappointment at the vote result on Twitter.

"Criticisms against the GroKo remain," he wrote.

Within her ranks too, Merkel, who once seemed invincible, is looking increasingly vulnerable as calls grow louder for renewal.