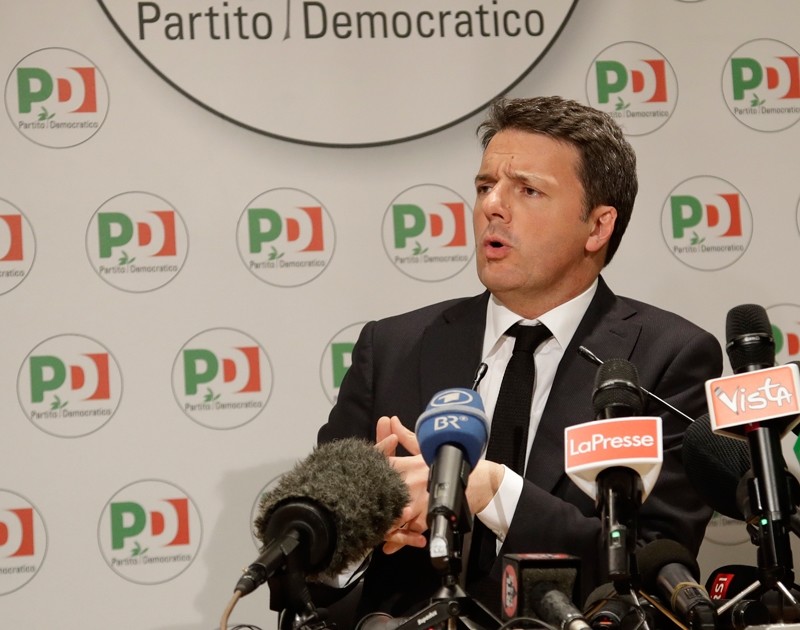 In a press conference at party headquarters in Rome, Renzi said it is "obvious" he cannot keep his post, and vowed that the party will stay in opposition.

"The Italian people have asked us to be in opposition and that is where we will go," he said." We will never form a government with anti-system forces."

This was a reference to 5-Star and the League, who both said on Monday they must be in government, as investors dumped Italian government bonds.

Renzi hit out bitterly at criticism during the campaign of himself and his party.

"If we are mafiosi, if we are corrupt and unworthy of running as candidates, if our hands are covered in blood, you know what? Form a government without us."

The center-left PD won less than 19 per cent of the vote in Sunday's general elections, a historic low. This compares with 40.8 per cent in 2014 elections for the European Parliament, a record high.

Beaten by the anti-system 5-Star Movement and a center-right coalition dominated by the Euro-sceptic League, Renzi acknowledged the defeat at PD headquarters in Rome.

"It is obvious that I will leave the helm of the PD," said Renzi, who quit as prime minister when Italians voted against him in a 2016 referendum on constitutional reform.

Despite his decision to stand aside, he said he expected his party to shun any coalition talks.

Party rivals complained Renzi had moved too far to the right and led with a domineering, autocratic hand, eventually leading to a small left-wing group splitting off last year.

"Renzi has been obliterated in what is perhaps the shortest boom-to-bust cycle of Italy's political history," Francesco Galietti, political analyst at Policy Sonar, said in a note.

Sunday's result was a stark contrast to a high of more than 40 percent reached at European elections in 2014 -- a vote of confidence which legitimized Renzi's power grab earlier that year in an internal party coup.

Young by Italian political standards and ambitious, Renzi was initially the darling of the industrial and financial elite, and was dubbed the "Demolition Man" for his pledge to do away with a creaking old establishment.

But the slow pace of the recovery undermined the credibility of his reform effort, and he eventually acknowledged that he had made a mistake by turning the constitutional reform referendum into a vote on his leadership.

Some PD officials sharply criticised him for not stepping down immediately. "When a leader resigns it's serious, either they resign or they don't," Senate leader Luigi Zanda said a in a statement.

"To announce resignation and postpone it in order to carry on running the party and the institutional stages in the coming weeks is impossible to explain."