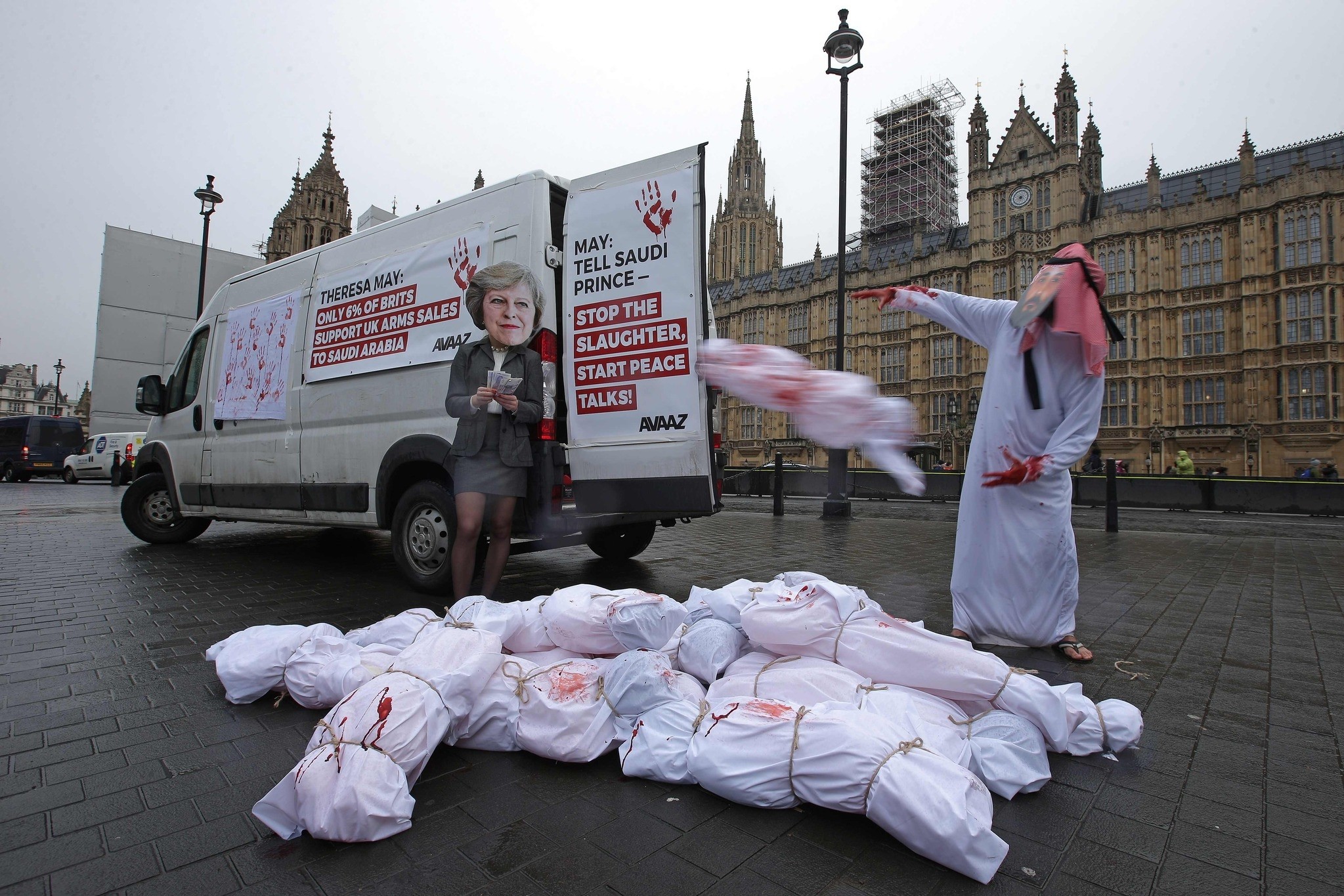 British rights groups urged Prime Minister Theresa May to press Saudi Arabia's powerful Crown Prince Mohammed bin Salman, who arrived in London on Wednesday, over his country's role in the conflict in Yemen.

Save the Children installed a statue of a confused child, set among debris, near the British parliament to highlight children "suffering from malnutrition, extreme hunger and disease which is killing an estimated 130 children in Yemen every day."

"On-and-off blockading by the Saudi Arabia-led coalition of the country's northern ports continues to drive the death toll even higher," the charity said, urging Britain to stop arms sales to Riyadh.

Speaking in parliament, May said Britain's relationship with Saudi Arabia was "an important and historic one," but she promised to raise "concerns about human rights" in her meeting with the crown prince.

"We are all concerned about the humanitarian situation in Yemen," she said, highlighting the plight of women and children.

May's Conservative government said Mohammed's visit would strengthen co-operation in "tackling international challenges such as terrorism, extremism, the conflict and humanitarian crisis in Yemen and other regional issues."

Since his appointment in June, the 32-year-old crown prince has championed social and economic reforms in conservative Saudi Arabia, the world's top oil exporter.

He arrived in Britain after visiting Egypt, in his first foreign trip.