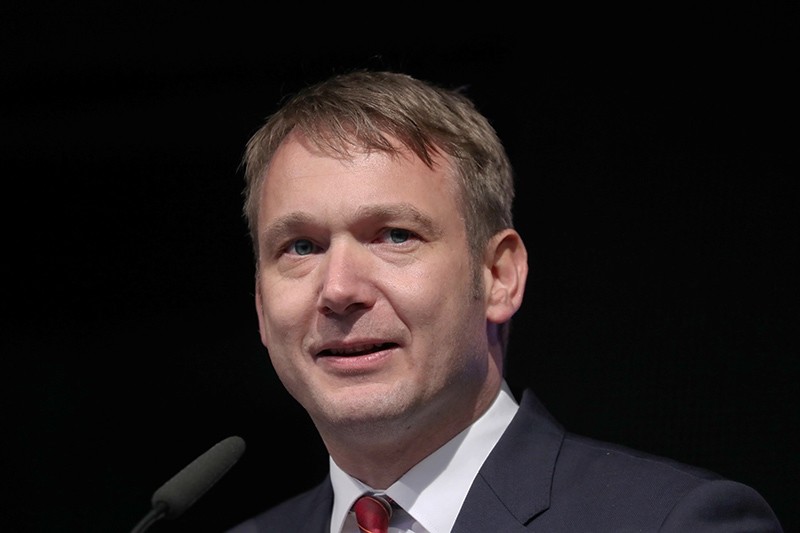 A regional leader of Germany's far-right he Alternative for Germany (AfD) party said Thursday he would resign after he insulted the country's Turkish community, calling them "camel drivers."

Andre Poggenburg, 42, is the leader of the AfD in the formerly communist eastern region of Saxony-Anhalt as well as chief of the anti-immigration party's state parliamentary group.

He will leave both posts from the end of March because of "pressure from the parliamentary group and party," the Saxony-Anhalt state chapter of the Alternative for Germany (AfD) party said in a statement.

Poggenburg made the inflammatory comments in February after a Turkish community organization had questioned plans in Berlin to create a new "homeland" ministry.

He said Germany needed no advice on its culture and history from Turks who he said bore responsibility "for their own genocide," the mass killings of Armenians in the World War I-era.

"Are they crazy?" he told several hundred mostly-male AfD supporters in Nentmannsdorf, a village near Dresden.

"These camel drivers should go back to where they belong, far beyond the Bosphorus, to their mud huts and multiple wives."

Poggenburg counts among the most right-leaning members of the AfD.

In a leak last year of a WhatsApp group chat of AfD members and supporters, Poggenburg was seen texting: "Germany for the Germans" — a slogan often used by neo-Nazis.

Defending the comment, Poggenburg then also issued a tweet saying: "Why should that put me under pressure? Of course Germany should belong to the Germans."

Leading members of the AfD are never far from controversy, as they often make headlines with incendiary speech before backing away from the comments.

The party garnered almost 13 percent of the vote in September's election, as it capitalized on anger against Chancellor Angela Merkel's refugee policy that let in more than one million asylum seekers since 2015.