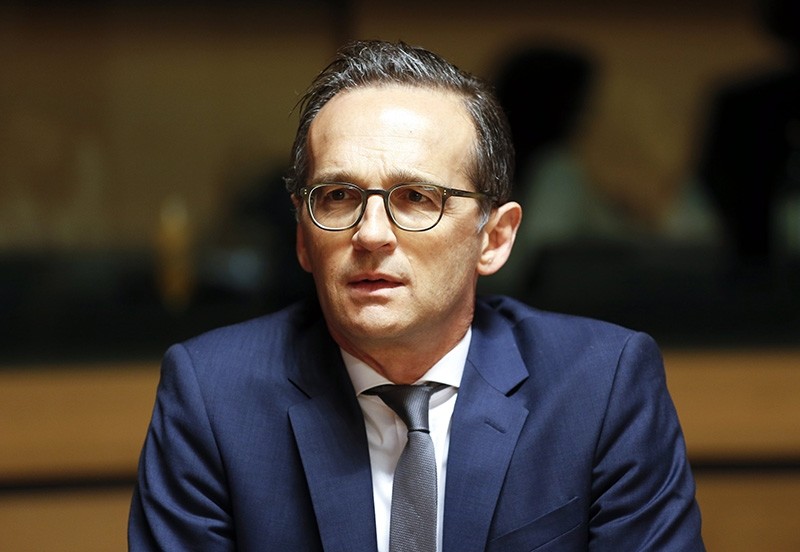 The source confirmed reports in Spiegel Online and Bild daily among others, which followed a statement from Sigmar Gabriel, who has held the post for the last year, who said he did not have a job in the new government.

Merkel's conservatives and the Social Democrats (SPD) have agreed that the SPD will retain control of the Foreign Ministry in their "grand coalition" and the party is due to officially announce its six cabinet ministers on Friday.

The party declined to comment on the reports about Maas, 51, who was one of the front runners.

As justice minister, he brought in laws forcing social media companies like Facebook and Twitter to remove hate speech from their sites and is a vocal critic of the far-right Alternative for Germany (AfD).

The post of the top diplomat is crucial as Germany gradually takes on a more assertive international role to match its economic might.

Most commentators expect Merkel to keep a grip on ties with the United States, Russia, China and the EU as it negotiates Brexit and eurozone reform.

Gabriel's exit was no surprise as he had tense relations with Andrea Nahles, expected to become SPD leader in April. She and interim SPD leader Olaf Scholz told him he would not be part of the government due to be sworn in next week, said Gabriel.

At a news conference with his Bosnian counterpart, Gabriel expressed support for Maas.

"If it's true that he will be the new foreign minister then (I) have a very good feeling - he will do it excellently," he said.

The SPD is expected to split cabinet jobs evenly between men and women and there is pressure to have a representative from the former Communist East.

Acting SPD leader Scholz is set to become finance minister. The other four ministries the SPD can fill are labor, justice, family and environment.

Bild reported that Katarina Barley, 49, family minister since 2017, would become labor minister and Franziska Giffey would replace Barley in the family ministry.

Barbara Hendricks, SPD environment minister in the outgoing coalition, has said she will leave office.

Parliament is due to elect Merkel for her fourth term as chancellor of Europe's biggest economy on Wednesday, nearly six months after an election in which her conservatives and the SPD bled support to the AfD.