Merkel re-elected as chancellor by German parliament to fourth term 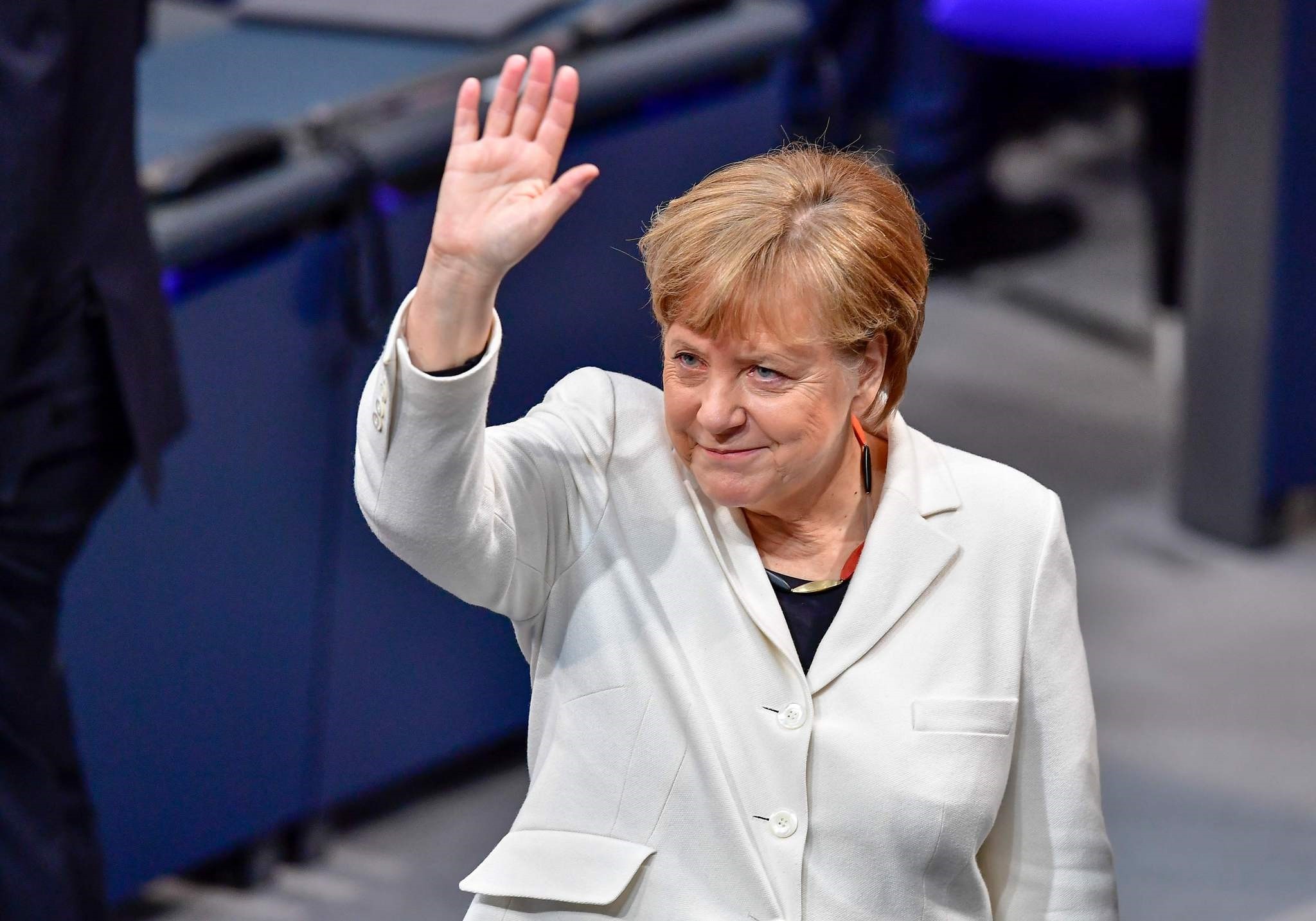 German Chancellor Angela Merkel waves as she arrives to attends the session for the election of the German Chancellor at the Bundestag (lower house of parliament) on March 14, 2018 in Berlin. (AFP Photo)
by Associated Press Mar 14, 2018 12:00 am

Angela Merkel was sworn in for her fourth term as German chancellor on Wednesday, putting an end to nearly six months of political drift in Europe's biggest economy.

Lawmakers voted 364-315 to re-elect Merkel, Germany's leader since 2005. The coalition of Merkel's conservative Christian Democratic Union, its Bavaria-only sister party, the Christian Social Union and the center-left Social Democrats has 399 of the 709 seats in parliament.

In what is widely expected to be her last term, Merkel will have to hold together what is potentially her most fragile coalition yet, while also addressing challenges such as a potential Europe-U.S. trade war and seeking agreement with France and others on the future of a fractious European Union.

"The expectations of our friends and partners are huge, particularly in Europe," President Frank-Walter Steinmeier told Merkel and her ministers as he formally appointed the new Cabinet. "Many hope we in Germany will show that liberal democracies are capable of acting and facing the future."

Merkel will travel to Paris Friday for talks with French President Emmanuel Macron on the first trip abroad of her new term.

The chancellor heads a much-changed Cabinet, with the governing parties — which are traditional rivals — keen to send signals of renewal after a September election in which all lost significant ground. There are new faces in the most important posts, the finance, foreign, economy and interior ministries.

The same parties have governed for the past four years but putting together the new administration has been unprecedentedly hard work.

Wednesday's parliamentary vote came 171 days after the election, nearly double the previous record. The Social Democrats initially planned to go into opposition after crashing to their worst result since World War II, but Steinmeier nudged them into a reluctant about-turn after Merkel's talks with two smaller parties collapsed in November.

Merkel was able to take office only after two-thirds of the Social Democrats' members approved in a ballot the coalition deal clinched last month.

At least 35 coalition lawmakers didn't support her Wednesday, and Merkel won only nine votes more than the absolute majority she needed.

Opposition leaders portrayed that as a blow to her authority, though the result was in line with those at the beginning of Merkel's two previous "grand coalitions" of Germany's biggest parties.

Politicians and observers say that the new coalition is likely to last its full term until 2021, not least because none of the governing parties is keen to face a new election.