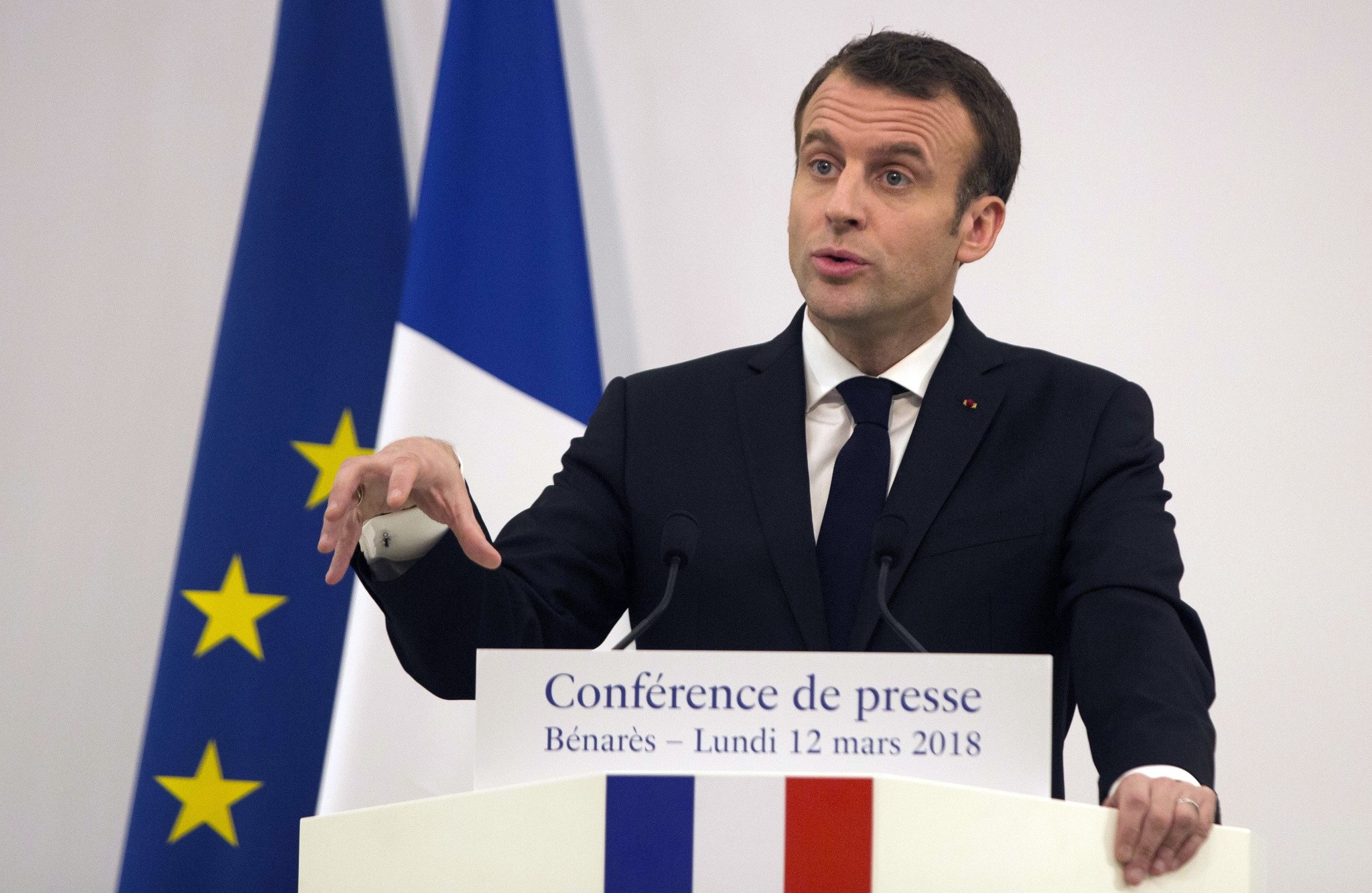 French President Emmanuel Macron on Thursday backed Britain's charge that Russia was responsible for the nerve agent poisoning of a former spy, saying there was "no other plausible explanation".

"Since the start of the week, Britain has kept France closely informed of the evidence gathered by British investigators and of elements demonstrating Russian responsibility in the attack.

"France shares Britain's assessment that there is no other plausible explanation and reiterates its solidarity with his ally," Macron's office said after a Thursday morning call between the French leader and British Prime Minister Theresa May.

Macron and May condemned "all use of chemical weapons" and agreed "on the importance of European and transatlantic unity" in response to the attack, the French presidency added in a statement.

The French president also said he would announce unspecified "measures" in the coming days over the poisoning of the former Russian double agent.

"I condemn in the strongest possible terms this unacceptable attack," Macron told reporters during a visit to central France on Thursday.

"Everything leads us to believe that responsibility can be attributed to Russia, and the work of the British services, shared with France's services, confirms it," he added.

"I will announce the measures that we are going to take in the coming days," he said.

It was unclear whether the action would be counter-measures against Russia.

Macron said he would discuss the issue with German Chancellor Angela Merkel who is due in Paris on Friday.

A British diplomat, speaking on condition of anonymity, said London was "grateful for French solidarity at this time".

"As President Macron said this morning, the unity of our European and transatlantic alliance is essential as we respond to Russian behaviour."

On Wednesday, May expelled 23 Russian diplomats over the poisoning of former double agent Sergei Skripal and his daughter Yulia in the English city of Salisbury, as the standoff with Moscow -- which denies responsibility -- escalated.

Britain also suspended high-level contacts, including for the World Cup which Russia is due to host in June and July.

The US rowed in behind Britain, saying it believed Russia was "responsible".

German Chancellor Angela Merkel stopped short of accusing Moscow but said it would be a "very serious matter" if it were found to be involved.

France had on Wednesday initially appeared loathe to follow suit, with government spokesman Benjamin Griveaux saying Paris was waiting for the allegations "to be fully proven" before taking a stance.

Macron's response had been keenly awaited, given his efforts to restore relations with Russia since coming to power last year -- part of his bid to boost France's standing on the world stage.

Days after taking office Macron hosted the Russian leader for talks in the splendour of Versailles palace. In May, he is due to pay a return visit to Moscow.