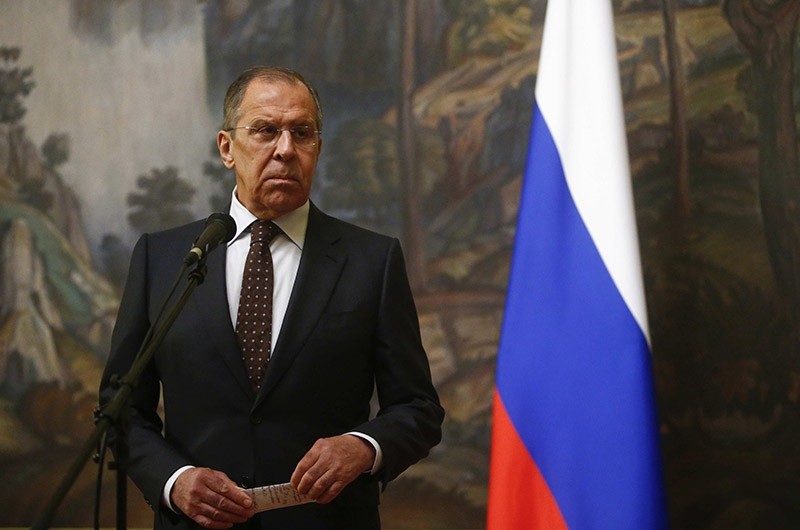 In retaliation for the expulsion of 23 staff from Moscow’s mission to London over the poisoning of a former Russian spy, Russia prepares to expel British diplomats

Russia will "certainly" expel British diplomats in a tit-for-tat response to Britain's decision to send 23 Russians home over the poisoning of a former spy, Russia's foreign minister said Thursday.

Sergey Lavrov, speaking in remarks carried by the RIA Novosti news agency, said the move would come "soon," but added that Moscow would inform London through official channels before publicly announcing its countermeasures.

British and Russian officials traded barbs as diplomatic relations plunged to Cold War-era levels of iciness following the nerve-agent poisoning of former spy Sergei Skripal and his daughter Yulia. Britain blames Russia for the March 4 attack, which has left the pair in critical condition and a police officer seriously ill.

On Wednesday, Britain announced it was expelling 23 Russian diplomats after Moscow missed a deadline to explain how a Russian-made nerve agent was used in the attempted murder. "I think this story reflects the British government's inability to fulfill its responsibilities under Brexit," Lavrov added, according to AFP. Kremlin spokesperson Dmitry Peskov Thursday called the U.K.'s reaction to the attack on the ex-spy "irresponsible."

Sergei Skripal, 66, and his daughter Yulia, 33, were admitted to a hospital after being found unconscious on a bench on March 4 in the southern English city of Salisbury. Skripal was granted refuge in the U.K. following a 2010 spy exchange between the U.S. and Russia. Before the exchange, he was serving 13 years in prison for leaking information to British intelligence. The incident has been compared to the 2006 death of former KGB agent Alexander Litvinenko after being poisoned with a radioactive substance in a central London hotel. Former KGB bodyguards identified as suspects in the murder denied any involvement.

British PM May announced the sanctions against Russia in a speech to the House of Commons after Moscow ignored a deadline to explain its links to the attack on the Skripals. As a result of the suspension of high-level contacts with Russia, Britain canceled an invitation for Lavrov to visit. British ministers and royals also will not attend the World Cup soccer tournament this summer in Russia, May said.

May also announced that Britain would clamp down on murky Russian money and strengthen the government's ability to impose sanctions on those who abuse human rights, though she gave few details.

Britain is also trying to build an international consensus for a unified Western response, saying the attack in Salisbury is just the latest example of Russia's disregard for international norms on the rule of law. U.S. President Donald Trump and French President Emmanuel Macron are among the world leaders who have expressed solidarity with Britain. Macron said Thursday that "everything seems to indicate Russia's responsibility," and France would take measures in coming days in response to the poisoning.