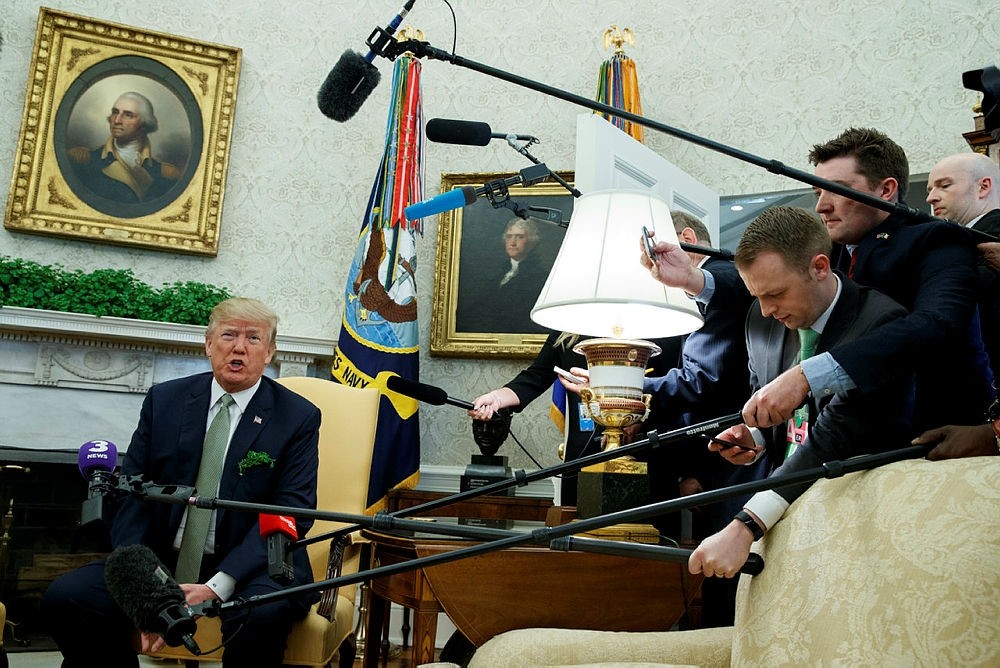 U.S. President Donald Trump said Thursday that "it looks like" Russia was responsible for the poisoning of a Russian ex-spy in the United Kingdom earlier this month.

Speaking to reporters after his administration announced new sanctions on Russian entities for meddling in the 2016 presidential election, Trump said the United States is taking the nerve agent attack "very seriously."

Trump spoke to British Prime Minister Theresa May on Tuesday and he says their two governments "are in deep discussions," about next steps.

He added: "It's something that should never, ever happen."

The leaders of the United States, France, Germany, and Britain issued a rare joint statement Thursday condemning Russia for "the first offensive use of a nerve agent in Europe since the Second World War."