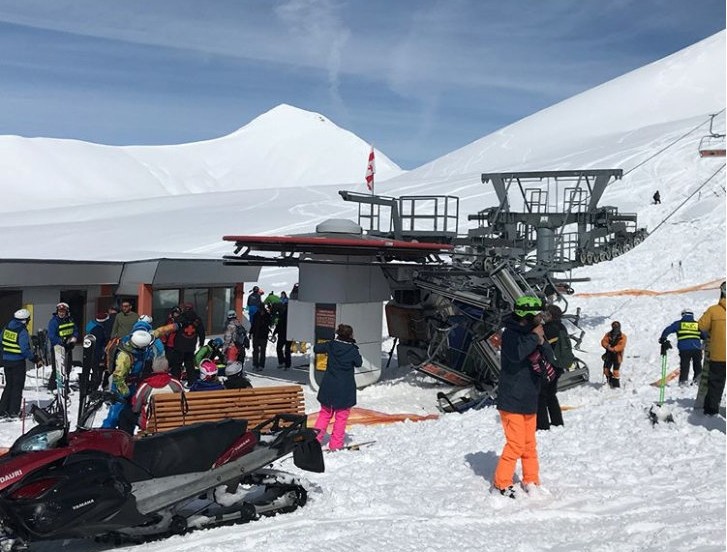 At least eight tourists, including a pregnant woman from Sweden, were injured on Friday when a chair lift ran out of control in the Georgian ski resort of Gudauri, officials said.

Video of the accident showed skiers being flung out of their chairs as they turned a bend as other resort visitors screamed in terror.

An emergency stop led to the chairs sliding back at high speed, Economy Minister Dimitry Kumsishvili told journalists, adding that the incident was "allegedly caused by an electricity outage."

"The interior ministry has launched a criminal probe into alleged violation of safety norms," he added.

Health Minister David Sergeenko said the tourists -- who were Georgian, Russian, Swedish and Ukrainian -- did not suffer serious injuries.

"Two of them - including a pregnant woman from Sweden -- were airlifted to a hospital in (the Georgian capital) Tbilisi," he added.

Video footage of the accident posted on Facebook has been viewed more than 600,000 times.

The Caucasus nation of Georgia is an emerging ski destination.