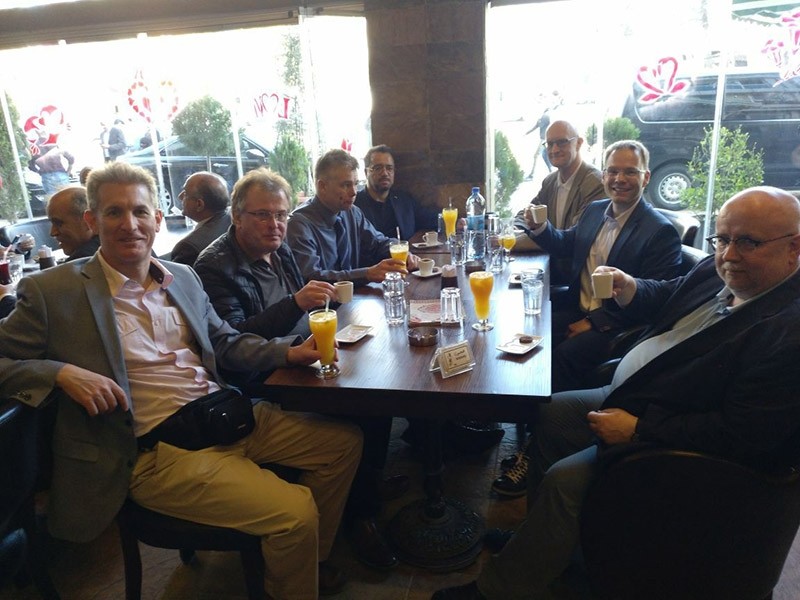 Syrians in Germany, angered by a far-right politician's statement that their coffee was paid for by German taxpayers, responded on social media with the hashtag "I pay for my coffee", tagging the politician, who recently visited Syria.

Last week, seven members of the Alternative for Germany (AfD) party visited Syria to gather information on the security situation, in the hope of showing Syria was a safe country to which it should be possible to deport failed asylum seekers.

Christian Blex, an AfD regional lawmaker, posted a photo of himself drinking coffee in the war-ravaged Syrian city of Homs.

"While so-called 'Syrian' 'refugees' from Homs drink coffee at the expense of the German taxpayer in Berlin, we drink coffee at our own expense in Homs," he wrote on Facebook.

Syrians living around Germany responded by posting photos and short videos of themselves drinking coffee and saying "I pay for my coffee."

"When I saw this picture from Dr. Christian Blex, I actually found it offensive," said Oula Suliman, a Syrian medical student in Berlin who participated in the campaign.

Suliman said all the Syrians she met while working at an integration center for refugees in Berlin want to work but finding a job is a big challenge for them.

Mouhannad Malek, a Syrian migrant who posted a photo of himself under the hashtag said the campaign wanted to send a message to the AfD that Syrians are part of society.

"I think when he visited Syria, yes, maybe he paid for his coffee, but his security wasn't paid for out of his own pocket. It was paid for by the Syrian taxpayers," said Malek, who has been in Germany since 2016 and works in Berlin as a researcher in cellular biology and oncology.

"We are refugees. We are immigrants. And we are trying o participate in the wealth of German population," Malek told Reuters TV.

In November, after the AfD came third in a national election, the party proposed repatriating half a million Syrian refugees living in Germany, saying the war there was nearly over.

Juergen Pohl, an AfD politician who was also in Syria said Syrians could be sent to certain safe regions there, although not to areas like eastern Ghouta, on the outskirts of the capital, where thousands of civilians were fleeing this week during a massive advance by government forces.

"In the center of Damascus, there is now no problem to repatriate refugees," Pohl told Deutschlandfunk radio.