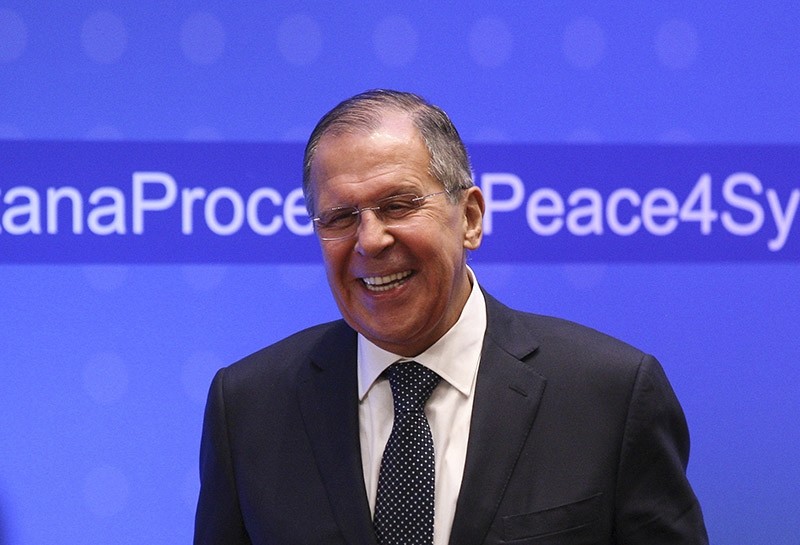 "Maybe he lacks education," Lavrov said at a news conference in Kazakhstan.

"Perhaps he also wants to go down in history with some loud statements. ... I don't know, perhaps he lacks education," Lavrov said after talks on Syria's war with his Iranian and Turkish counterparts.

Lavrov also accused Britain of violating international law. He said that Moscow had stopped paying attention to comments from Britain over the spy poisoning allegations, which Russia deny.

Britain says the Russian state is behind the poisoning of ex-spy Sergei Skripal and his daughter in the English city of Salisbury. In an unusual joint move, the U.S., France and Germany also pointed the finger at Russia.

The source of the nerve agent used — which Britain says is Soviet-made Novichok — is unclear. A report Friday in the Telegraph says it was put in the suitcase of Skripal's daughter before she left Russia for Britain to see her father.

Russia denies being the source of the nerve agent, suggesting it could have been another country, and has demanded Britain share samples collected by investigators. The mounting tensions come as Russians prepare to hand President Vladimir Putin a new term in an election Sunday.

Lavrov said Russia will "of course" expel British diplomats and that he hopes the Skripals recover soon so light can be shed on what happened.

An 83-year-old whistleblower who helped develop Novichok said in an interview published Friday that he thinks the Skripals have little chance of surviving, and that only a few countries in the world have laboratories powerful enough to develop the nerve agent.

Vil Mirzayanov, who now lives in New Jersey, is quoted in Novaya Gazeta as saying the use of Novichok in Britain was a "shock." He said he revealed its existence in the 1990s because he thought it was necessary to deprive Russia of its deadly secret.