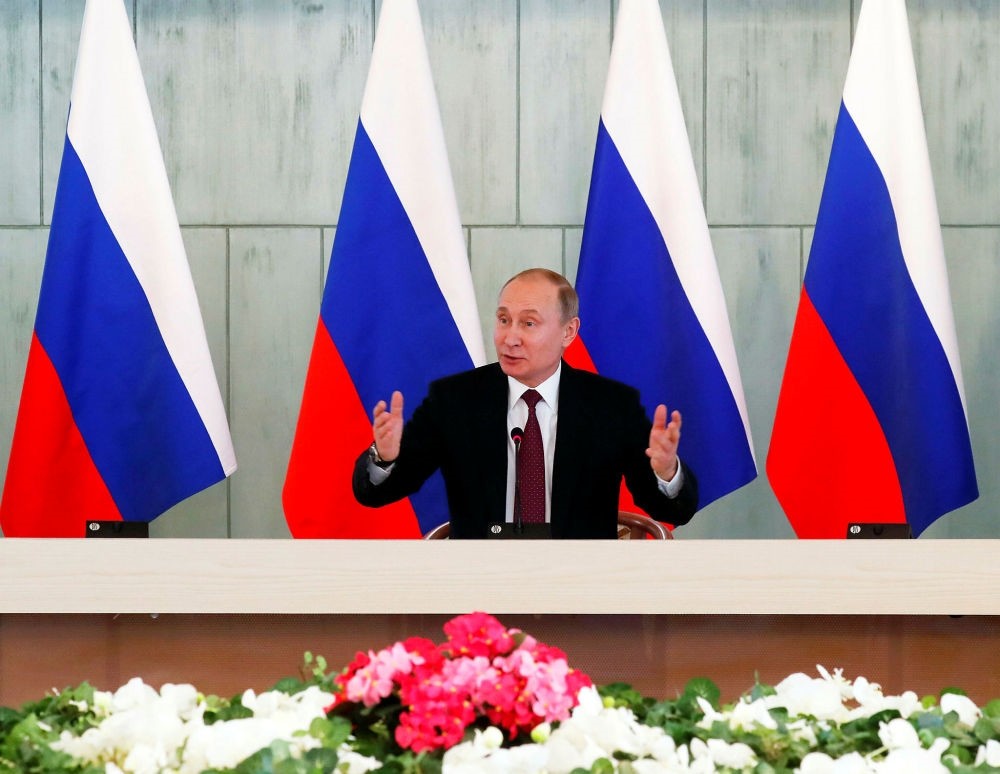 Ahead of Sunday's presidential election, Russian President Vladimir Putin seems to have support from most of the people in Russia, especially students, teenagers and young adults, the so-called "Putin generation" that has grown up during the long-time president's time in power. Putin has been in power for most or all of their lives and the young generation favors political stability over the fear of the possibility of an even worse future with an untested leader.

A 22-year-old Azerbaijani university student from Pyatigorsk, who asked for her name to be withheld, said: "I do not want the current situation in Russia to change because we do not have a better option. As a member of different ethnic and religious group in Russia, I do not want anyone else to have power because it won't be better for me. There is a candidate who is fully against Muslims." She said that even though it is insufficient, much has been achieved throughout her life. "The international media sometimes tries to depict him as a dictator or tsar-like, but I do not think so. He has good relations especially with us young people. Everyone can call Putin once a year and tell him about their demands and he listens their problems."

Putin has been president or prime minister in Russia for nearly two decades. The young generation has no memory of life without him but seems to define their political choices with a sense that things were awful during the Soviet era when the Communist Party held the reins of power.

Another university student who is Chechen and has lived her whole life in Pyatigorsk, said: "Even though every politicians would behave almost the same against the public since they just think of themselves, I want Putin to be re-elected. Otherwise, we will be in an unpredictable situation. I do not even think that our votes are worth anything. And I do not have too much information about politics."

Anton Ivanovsky, 22, said that the important things for him, however, are stability and to appreciate what they have today, "I do know that the improvements we achieved as of today are just small things. But that's better than if any other person comes to power and is unable to keep things in balance as it is today."

Putin has regularly maintained popularity ratings at around 70 percent in recent years. According to a survey conducted by the Levada Center independent polling firm in December, 81 percent of adults said they will vote for Putin, including 86 percent of respondents 18 to 24 years old. This means the Russian leader is set to easily win another six-year term against seven challengers. This week, the Russian Public Opinion Research Center, the country's largest pollster, published the results of a nationwide survey showing that 69 percent of respondents would vote for Putin in the upcoming election. A distant second is Communist Party candidate Pavel Grudinin with 7 percent. The other candidates are an ultranationalist Vladimir Zhirinovskiy, former reality TV host Ksenia Sobchak and Alexei Navalny, Putin's most vocal critic, who has been barred from standing due to criminal conviction.