Putin calls claims that Russia was behind Skripal poisoning 'nonsense' 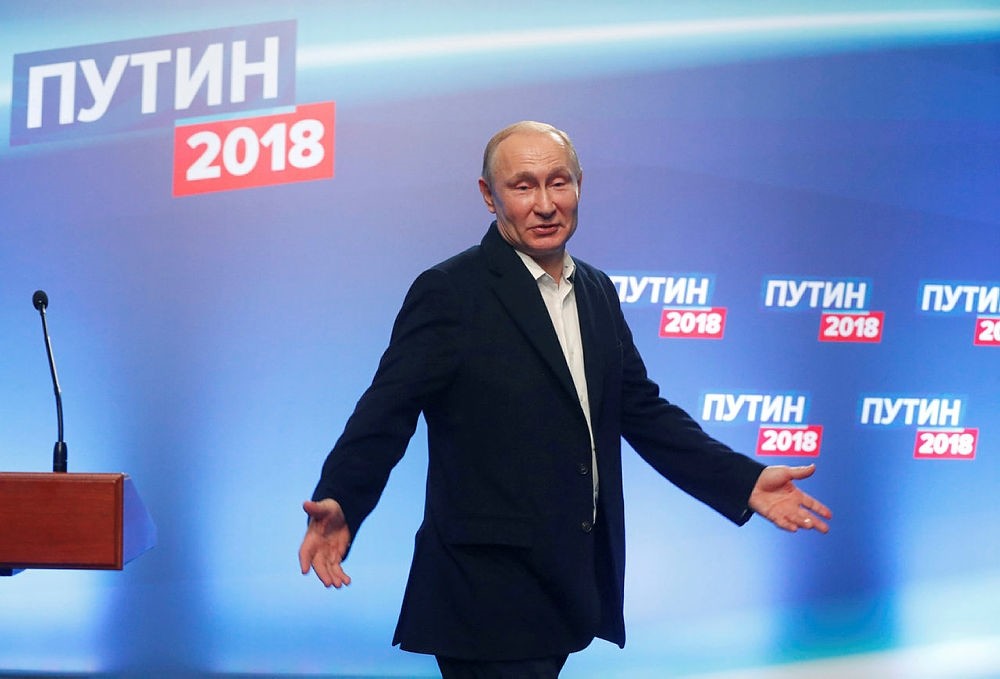 President Vladimir Putin on Sunday said claims that Russia was behind the nerve agent attack on former spy Sergei Skripal were "nonsense" but that Moscow was willing to cooperate with London on the probe.

"It's complete drivel, rubbish, nonsense that somebody in Russia would allow themselves to do such a thing ahead of elections and the World Cup," he said at a short news conference following a landslide win in presidential elections.

Skripal and his daughter Yulia were poisoned with a Soviet-designed nerve agent in the British city of Salisbury on March 4 and remain in hospital.

Britain, France, Germany and the United States have pointed the finger at Moscow, and London reacted to the incident with expulsion of diplomat and other measures.

On Monday, technical experts from the Organisation for the Prohibition of Chemical Weapons are to visit Britain to collect samples of the nerve agent used in the attack.

"If it were a military-grade toxic agent, people would die on the spot," Putin said. "Russia does not have such substances, we have destroyed all of our chemical weapons."

He added that Moscow was ready to cooperate on the investigation into the poisoning, the first time a nerve agent has been used in Europe since WWII, according to Britain.

Russia is "ready to participate in the necessary investigations" but does not see any interest in this on the British side, he said.

"We are ready for joint work despite the difficulties," Putin added.

Britain last week expelled 23 Russian diplomats over the incident, to which Moscow responded in a tit-for-tat expulsion as well as announcing that it would halt the activities of the British Council, Britain's international organisation for cultural relations and educational opportunities.

The British government has also pledged to re-examine 14 deaths on UK soil following a report that they could have been carried out by Moscow or the Russian mafia.