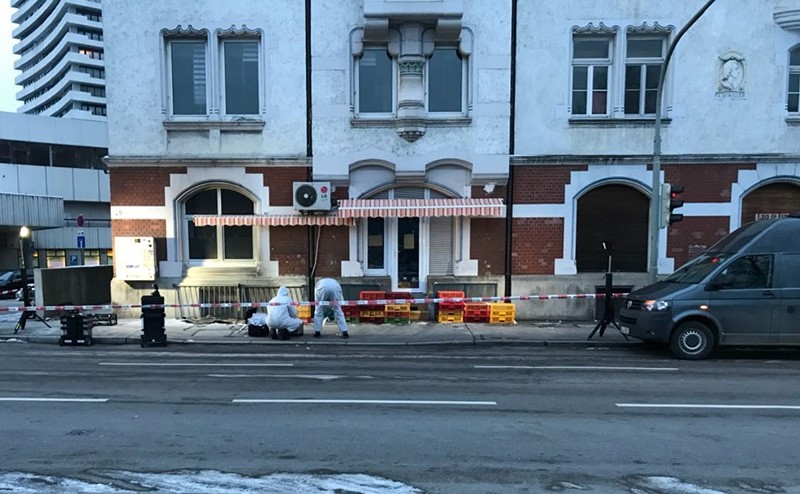 A mosque in the southern German city of Ulm was attacked with Molotov cocktails early Monday amid threats by the terrorist PKK-linked People's Protection Units (YPG) to carry out more violence in Germany.

The attack caused no injuries but minor damage was inflicted on the mosque belonging to the Islamic Community National View (IGMG), one of the largest Muslim-Turkish associations in the country.

Despite a ban on activities of PKK in Germany, supporters of the terrorist group and its Syrian offshoot YPG, have carried out dozens of rallies and violent acts since January after Turkey launched a counter-terrorism operation in northwestern Syria.

The YPG/PKK group and far-left organizations claimed responsibility for more than two dozens of attacks since Jan. 20 which targeted Turkish mosques, associations and shops in various cities, including Berlin, Frankfurt, Hamburg and Aachen.

German police have failed to arrest assailants in most of the incidents.

The PKK has been banned in Germany since 1993, but it remains active, with nearly 14,000 followers in the country.

Ankara has long criticized Berlin for not taking serious measures against the PKK, which uses the country as a platform for their fundraising, recruitment and propaganda activities.

Germany has a 3 million-strong Turkish community, many of whom are second- and third-generation German-born citizens whose Turkish grandparents moved to the country during the 1960s.

Turkey launched Operation Olive Branch on Jan. 20 to clear terrorist groups from Afrin in northwestern Syria amid growing threats posed from the region.

On Sunday, Turkish-backed troops liberated the town of Afrin, which had been a major hideout for the YPG/PKK since 2012.