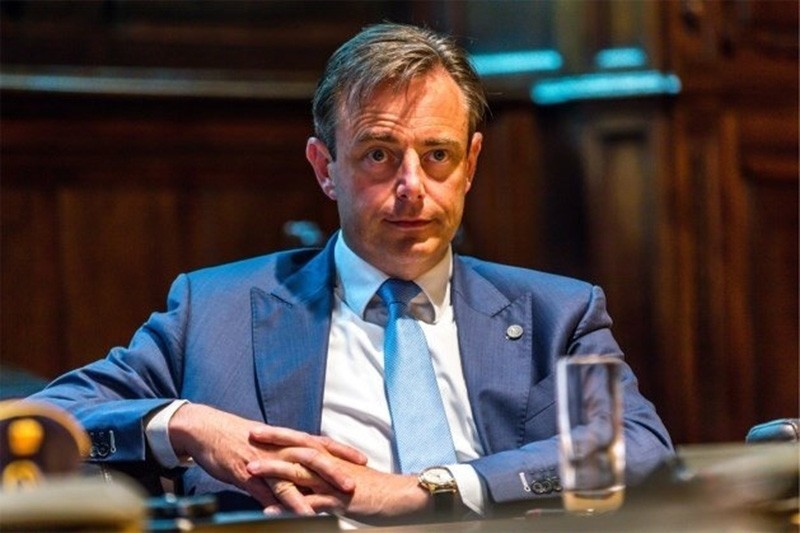 Belgium's far-right New Flemish Alliance (N-VA) party leader Bart De Wever, who is also the mayor of Antwerp city, accused the Muslim population of "creating tension" in the country, as he tried to compare Muslims and Jews in a divisive manner.

In an interview, De Wever claimed that the Muslim community's "insistence" regarding the use of religious symbols was creating tension and that they were more inclined to create such problems than the Jewish community, who he said avoided such controversy.

"The Jews accept rules. I have not seen any Jewish person violate the laws in Antwerp," he said, going on to claim this as a distinction between the country's Jews and Muslims.

He criticized left-wing parties for defending the freedom to wear headscarves, claiming that they submit to Islam and aim to "reduce the role of Christianity" in the society.

"The foundation of our identity, our values and rules are under pressure," De Wever said, in reference to the recent wave of migration to Europe from countries in conflict.

In a statement, CD&V Party lawmaker Veli Yüksel told Anadolu Agency that this is not the first time De Wever has targeted the country's Muslim community and tried to divide the society by pitting the Jews and Muslims against one another.

Yüksel said that the Muslims and Jews in Belgium live in harmony and that the far-right politician's statements aim to create problems.

"You cannot get anywhere by showing Muslims as the target," Yüksel said, adding that Belgian Muslims are a part of the country and contribute to the educational, political and civil spheres of society.

Yüksel also noted that De Wever's statements are a means of populist propaganda for the upcoming local elections which are expected to take place in October.