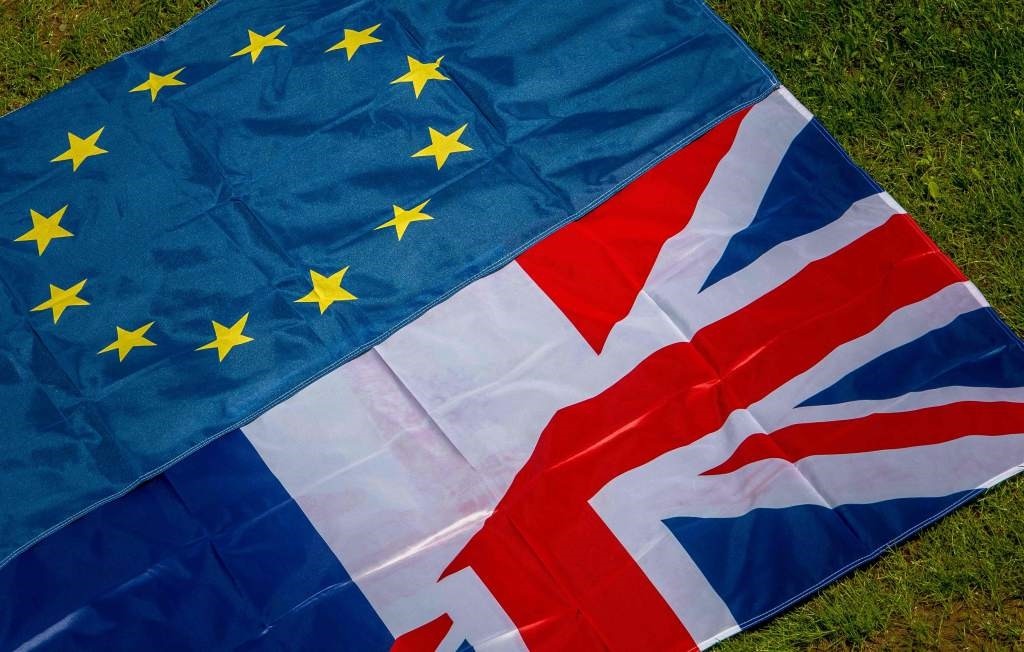 Once upon a time speaking French was easy in Brussels, but things have changed.

"Maybe one in French if possible, otherwise I will run the risk of being criticized," Le Maire, who speaks perfect English, said as he scanned the audience for questions.

But raised hands quickly dropped away, leaving just one from a journalist, who asked the question in English anyway.

Such is the fate of the speaker of French in today's EU bubble, that small world of European decision-making where the language of Catherine Deneuve and Moliere was once essential.

Even after the shock vote of Brexit, English -- or at least that simplified, beat-up version known as Globish -- is firmly rooted as the lingua franca of the Brussels elite.

"In the last 20 years, English has become completely dominant. French is not going to replace English in any way," said Nicolas Veyron, one of the most respected economists in Brussels, who spends most of his day speaking English although he is French.

That reality stings for French-speaking veterans of the Brussels bubble who remember a time when the top echelon of Europe was a coterie of Francophones.

"The retreat of French has been catastrophic," said Jean Quatremer, the longtime EU correspondent for French daily Liberation who has championed holding the line against the advance of English.

"There was a time when everyone in the bubble -- commissioners, officials, spokespeople, even (Brexit-backing British foreign minister) Boris Johnson, who was a journalist here -- spoke French," said AFP's Christian Spillman, who first came to Brussels as a corespondent in 1991.

The sea-change for French-speaking came in 2004, when a raft of former Warsaw pact countries entered the union, changing the face of the EU forever.

"In came all these new faces and no one spoke French," said Karen Massin, a prominent Brussels lobbyist from France who began her career in European affairs at that time.

"That was the real shift and the EU professional world switched totally to English," she said.

This is not to say that French has disappeared -- not least because Brussels, the Belgian capital, is Francophone.

On Tuesday French President Emmanuel Macron is set to announce a plan to promote the French language on the "International Francophonie Day" -- the latest in a series of measures by the young French leader to restore the primacy of his native language in Europe and further afield.

Officially, along with English and German, French remains a language of business in the EU. Eighty percent of the commission's roughly 30,000 employees claim it as a first, second or third language, the commission said.

"The use of French is now like Italian or Spanish and is mostly linked to nationality. It's important for networking," Massin said.

Veyron said that while French is not fundamental in Brussels, using it "makes the conversation richer, offers extra meaning, nuance to the discussion".

"I know many people who are not native speakers who enjoy turning to French to add an extra dimension to a conversation," said the economist.

There is "a lot of French around, no question, but the real difference is that legal texts are almost all now in English."

From that, it quickly follows that a meeting will also veer to English "and that's probably for the best," she said.

But Quatremer said it created dangers: "You can have 29 people in a room who speak French and all you need is one person who doesn't and everyone switches to English."

But resorting to "bastardized English" as a common language can lead to "disasters" when laws are being written in a language in which no one involved is a native speaker.

Amid the shock of Brexit, talk in Brussels was that English would be on the decline given that it was only an official language for small members Ireland and Malta.

"Slowly but surely, English is losing importance," quipped Jean-Claude Juncker, the president of the European Commission, before switching to French in a speech last year.

But this is true only in nuances, those working inside the EU bubble agreed, though the commission said French-speaking entered nearly every meeting.

"It's getting better," said Beda Romano, the Brussels correspondent for Italy's Il Sole/24 Ore who speaks French and English flawlessly, describing the presence of other languages instead of English.

However, in terms of the most common foreign languages spoken, the linguistic map of Europe still has English in front as the most widely spoken foreign language at 38 percent followed by French at 12 percent.

Given the realities, no one believes that a push by France could see French return to its prominence during the EU's early days.

"The so-called Francophonie is reliving a sweet dream from the past. Much like the British commonwealth, it's a nice idea but unattainable," the lobbyist Massin said.