Trump calls Putin to congratulate him after re-election, Kremlin says 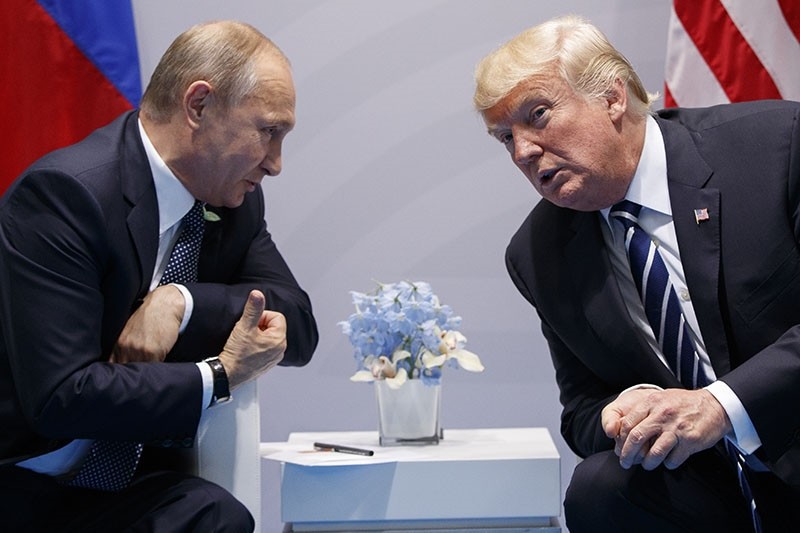 The Kremlin said on Tuesday that U.S. President Donald Trump phoned Vladimir Putin to congratulate him on his victory in Sunday's presidential election and that the two men had spoken about setting up a possible high-level meeting.

"The two leaders discussed the state of bilateral relations and resolved to continue dialogue about mutual national security priorities and challenges" and "emphasized the importance of denuclearizing the Korean Peninsula," the White House said in a statement.

The Kremlin said Putin and Trump had agreed on the need to work together to curb a possible arms race and spoken of the need to cooperate to ensure strategic stability and fight international terrorism.

It said they also discussed Syria, Ukraine and strengthening economic links between the two countries.

The report came as many news outlets pointed to the fact that Trump didn't congratulate Vladimir Putin on his re-election as president.

The White House said Monday that it is "not surprised by the outcome" of Sunday's election, and that no congratulatory call was planned.

With U.S.-Russian relations at a long-time low, Peskov said, "Putin remains open for normalizing relations with our American partners where it is in our interests."

Putin was overwhelming re-elected in Sunday's election for another six-year term, in a vote where his only serious opponent was banned from running.