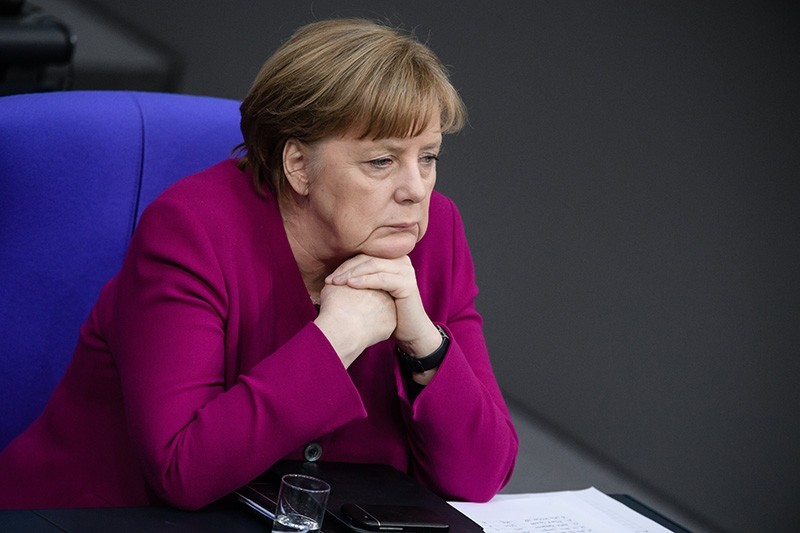 German Chancellor Angela Merkel used a speech in the German lower house of parliament on Wednesday to call for more cohesion during her fourth term, after saying the migration crisis had divided the nation.

In a parliamentary address laying out goals for her fourth term, Merkel said she would to see German society "become more humane; divisions and polarizations reduced, maybe even overcome; and cohesion regrown."

Earlier in the same speech, she said the refugee crisis in Europe had "split" German society into two camps: those who favored open borders and those critical of mass immigration.

Merkel and her new cabinet were sworn in to office last week after she struggled to pull together a coalition for almost six months after elections, the longest period taken to form a government in the history of the country.

Alexander Gauland, the head of the right-wing Alternative for Germany (AfD), accused Merkel in his response in front of the legislative body of dividing Europe with her open-arms migration policy.

Merkel is often blamed by right-wing politicians for inciting a record wave of migration after she opened the border to migrants in 2015.

She has since supported a largely flawed attempt by the EU to redistribute migrants across the political bloc, drawing scorn from some other countries, particularly in Eastern Europe.

In her speech, which outlined key issues the new government will address, Merkel promised to speed up applications for asylum seekers and to provide more support for families.

Merkel also extended her hand in the speech to Germany's Muslim population, saying that Islam has become a part of German society.

"It's obvious that our country carries the imprint of Christianity and Judaism," said Merkel.

"But as right as that is, it's also correct that, with 4.5 million Muslims living with us, their religion, Islam, has also become a part of Germany."

Merkel ended the speech with a repeated call for unity: "I'm convinced that Germany can do it," she said, making a reference to her motto for the migration crisis, "Wir schaffen das" (We can do it).

"Today I'm adding: and Germany, that means all of us."