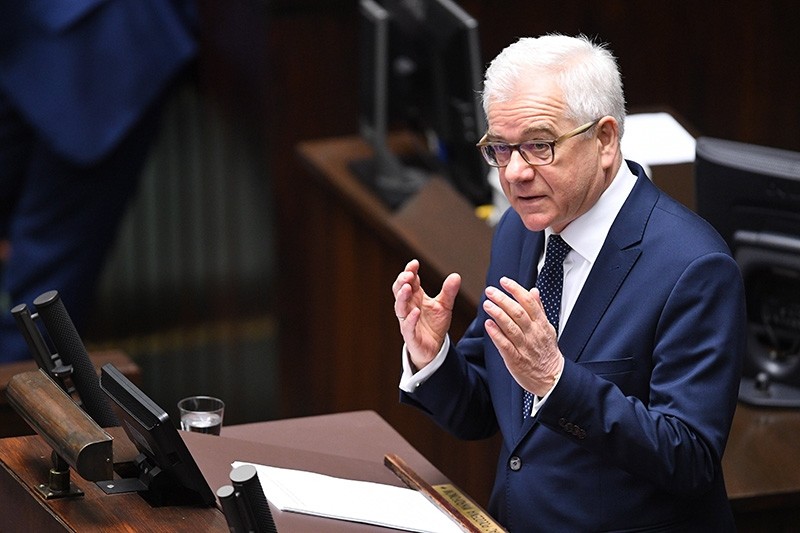 Poland accused the European Union on Wednesday of "double standards" in its treatment of member states, a day after Brussels rejected Warsaw's defense of its court reforms that critics say threaten democracy.

The EU has threatened to take punitive action that could include stripping Poland of its voting rights if Warsaw does not retract legislation that tightens state controls over the judiciary.

"Nothing hurts the idea of European integration more than the actual inequality of its member states before the law, the use of double standards and the departure of the European Commission from its role as an objective guardian of treaties to (become) an instrument in the hands of some states," Foreign Minister Jacek Czaputowicz told parliament.

Poland argues that in some other EU member states, including Spain and Germany, politicians also play a role in picking some judges. It says its judicial reforms are necessary to improve the efficiency and transparency of Poland's court system.

The right-wing government in Warsaw is at loggerheads with the European Commission, the EU's executive, on a range of issues, including migrant quotas. Poland is refusing to take in some of the mainly Muslim asylum seekers under the quota system.

Czaputowicz, who was briefing lawmakers on the government's foreign policy goals for 2018, said EU institutions were ignoring voters' concerns and that this was feeding a eurosceptic backlash against Brussels.

"A deficit of democracy in the European Union is not a figure of speech, it is a reality that has deep political consequences," he said.

"The rising wave of opposition to integration on the European continent is not the cause of the democratic weakness of the Union, but a result of it," he said, adding that Poland still wanted a "strong European Union."

Despite the strained relations between Warsaw and Brussels, opinion surveys show that support for the EU in Poland - the biggest recipient of EU funds for infrastructure and other projects - is among the highest in the 28-nation bloc.

In his speech, Czaputowicz also stressed Poland's concern that increased EU integration should not lead to a reduced role for the United States in defending Europe.

Poland, a staunch NATO ally, values its close security ties with the United States in the face of a more assertive Russia.

Warsaw and Washington both oppose the planned Nord Stream 2 pipeline that would pump Russian gas directly to western Europe. Germany and Austria support the project.