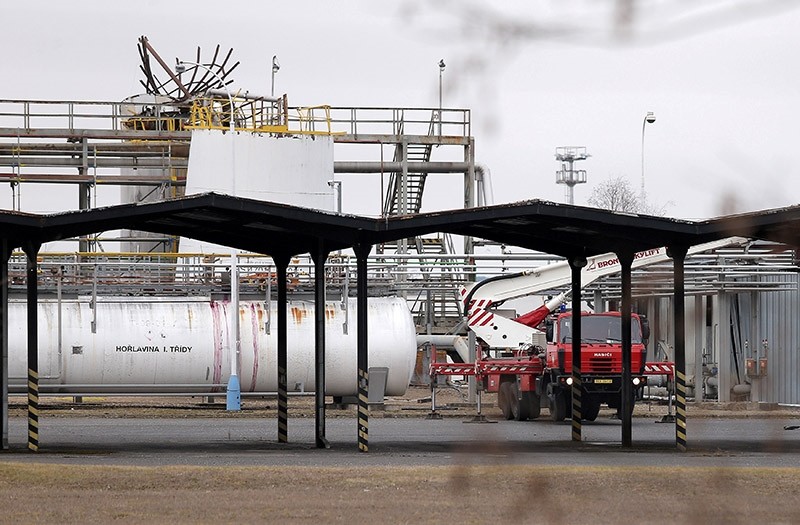 A view of the scene of an explosion at a plant of Czech refinery and chemicals group Unipetrol in Kralupy nad Vltavou, Czech Republic. (Reuters Photo)
by Mar 22, 2018 12:00 am

Six people were killed in an explosion at a plant of Czech refinery and chemicals group Unipetrol on Thursday, and others were seriously injured, a Czech Fire Rescue Service spokeswoman said.

An Unipetrol spokesman confirmed a blast occurred at its plant in Kralupy nad Vltavou, 31 km (19 miles) north of the center of Prague, but provided no further details.

"I can confirm that there has been an incident at our refinery in Kralupy nad Vltavou... A crisis management meeting is underway," spokesman Pavel Kaidl said by telephone.

He had no other details on operations at the plant, whose refinery has an annual capacity of 3.2 million tonnes of oil. The company operates another plant in Litvinov, in the north of the country.

Police said emergency services were responding to the explosion. A fire department spokesperson told Czech Television it was a blast at a storage tank and there was no risk of additional explosions.

Two people have been taken to hospital, the spokesperson added.