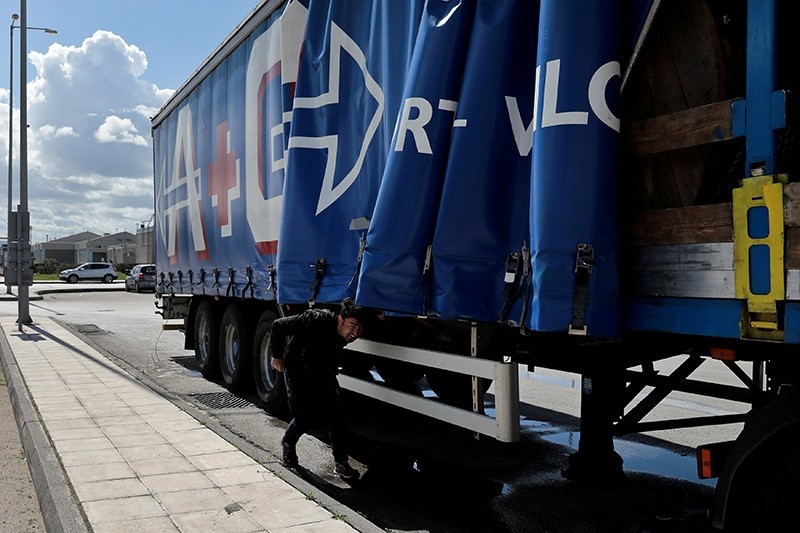 The Iraqi migrants thought they were being smuggled to Britain but the driver was actually en route to Ukraine, police said on Friday.

The migrants, including two women and two children aged 10 and 12, made banging noises to attract attention from inside the truck.

The noises were heard by the truck's driver when he stopped at a lay-by on Thursday. The driver then alerted the police.

The migrants are said to have started their journey in the back of the truck in France with the help of a people smuggler on Wednesday.

Due to hunger, thirst, the cold and increasingly stale air, the migrants sounded the alarm.

The Ukrainian truck driver was apparently not involved in the smuggling, and was shocked himself by the discovery, the police said.