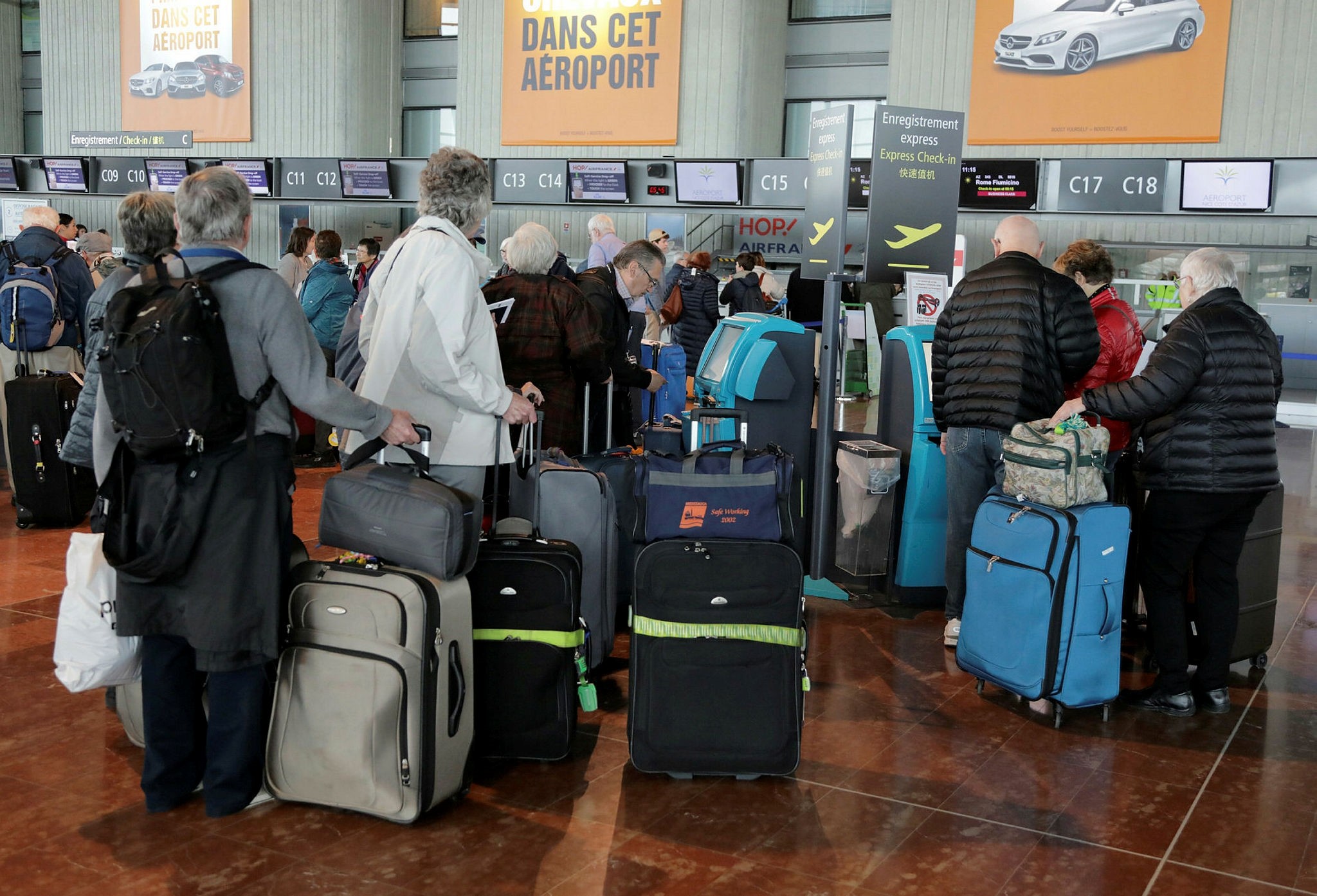 Passengers wait at the Air France check in at Nice airport as Air France pilots, cabin and ground crews unions call for a one-day strike over salaries in France, March 30, 2018. (Reuters Photo)
by Apr 01, 2018 12:00 am

Air France unions representing both flight crews and ground staff announced on Sunday a new two-day strike for April 10 and 11, the latest move in its pay dispute with the French flag carrier since February.

The new dates are in addition to plans to strike on Tuesday and Saturday, in the same week that workers of the French rail operator SNCF also begin a series of strike days.

The staff of Air France have already carried out a work stoppage on three dates, February 22 and March 23 and 30.

In a statement Sunday, the three pilot unions slammed the "obstinate refusal" of the airline's management "to take into consideration the least of their demands."

The pilots have been joined by unions representing flight attendants and ground personnel, which later issued a joint statement saying Air France "does not take seriously the determination of the employees and the unions."

Air France personnel are demanding a six percent salary increase, with unions arguing the airline should share the wealth with its staff after strong results in 2017.

But management insists it cannot offer higher salaries without jeopardising growth in an intensely competitive sector.

Air France is set to bring in a 0.6 percent pay rise from April 1 and another 0.4 percent increase from October 1, along with bonuses and promotions equivalent to a 1.4 percent raise for ground staff -- seen by unions as grossly inadequate.

The French state owns 17.6 percent of the carrier as part of the Air France-KLM group, Europe's second-biggest airline, which has been plagued by strikes and labour disputes in its French operations in recent years.