3 killed, 30 injured after vehicle drives into crowd in Germany's Muenster 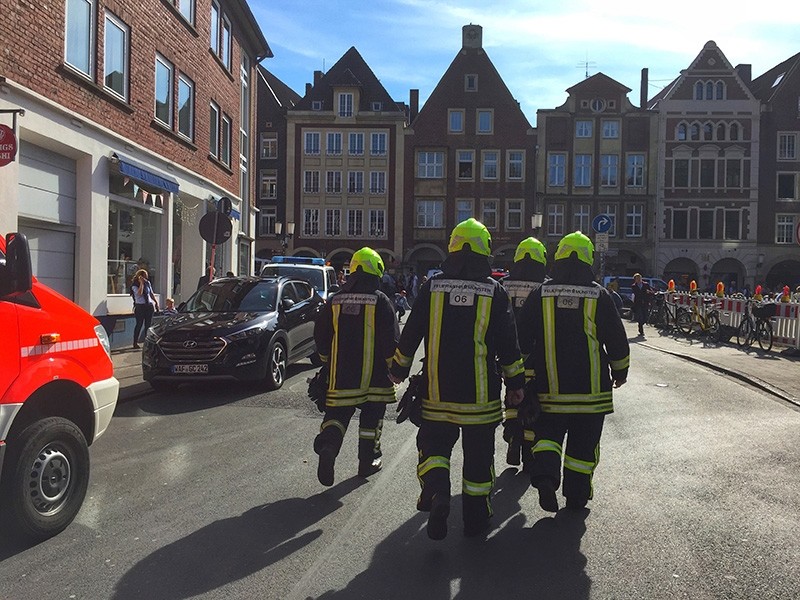 Three people were killed and 30 others were injured Saturday when a driver of a van plowed into a group of people in the German city of Muenster then killed himself, the Interior Ministry said.

The DPA news agency said a car had hit bystanders in the western city.

The interior minister of North Rhine Westphalia, Herbert Reul, lowered the death toll to three people, including the driver, after the federal Interior Ministry had said four had died earlier in the day.

Reul said that there are no links indicating a Daesh background, adding that the man was believed to be a German citizen.

According to dpa, the suspected driver, who committed suicide by shooting himself in the van, was possibly a mentally unstable lone actor.

German media reported that the perpetrator was a German national with psychological problems and no indication of terror background.

"There are deaths and injuries. Please avoid the area, we are on the scene," the regional police service said on Twitter.

A security source added: "The scenario is such that an attack cannot be ruled out."

The incident evoked memories of a December 2016 truck attack in Berlin that killed 12 people.

According to the online edition of the Spiegel magazine, German authorities were "assuming" the incident was an attack, though there was no immediate official confirmation.