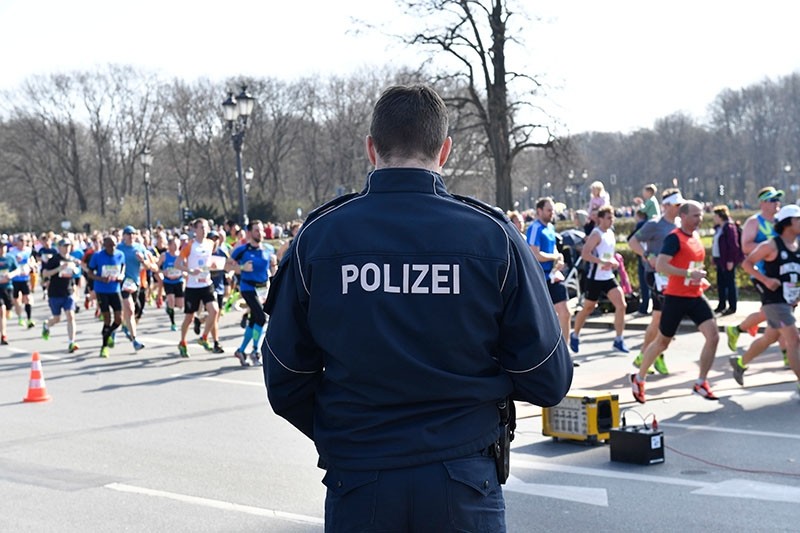 Police in Berlin have no concrete evidence that a half marathon in Berlin held on Sunday could have been the target of a planned terrorist attack, police spokesman Thomas Neuendorf told German Press Agency.

"For runners and participants and personnel there was never a danger," he said.

Earlier Sunday, police had arrested six suspects and raided multiple residences and vehicles in connection with a planned crime.

Confiscated evidence, such as mobile phones and computers, was being evaluated, Neuendorf said.

There was "isolated evidence that the arrestees, between 18 and 21 years of age, might have been involved in the preparation of a crime related to this event," confirmed a police spokesman, referring to the half marathon. The evidence was sufficient for police to conduct the raids.

Police confirmed the arrests after reports surfaced of a planned knife attack on spectators and participants in the race.

Because of the ongoing investigation, no further information could be provided.

A spokesman for SCC Events, the organizers of the half marathon, said the event, featuring 36,000 runners and 250,000 observers in the heart of Berlin, took place without incident.

"We ran a completely normal race," the spokesman said, adding that "everything went well from the participants' side."

German newspaper Die Welt earlier in the day reported that special forces arrested four men, including one lead suspect, on suspicion of planning an attack.

The newspaper also reported that the lead suspect is part of the same social circle as Anis Amri, the Tunisian man who committed the terrorist attack on a Berlin Christmas market in 2016.

On Saturday, a man drove a camper van into a group of people sitting outside a restaurant in Muenster, killing two of them before shooting himself dead. Authorities have said the attacker was a 48-year-old German citizen with mental health problems and that there was no indication of a terrorist connection.