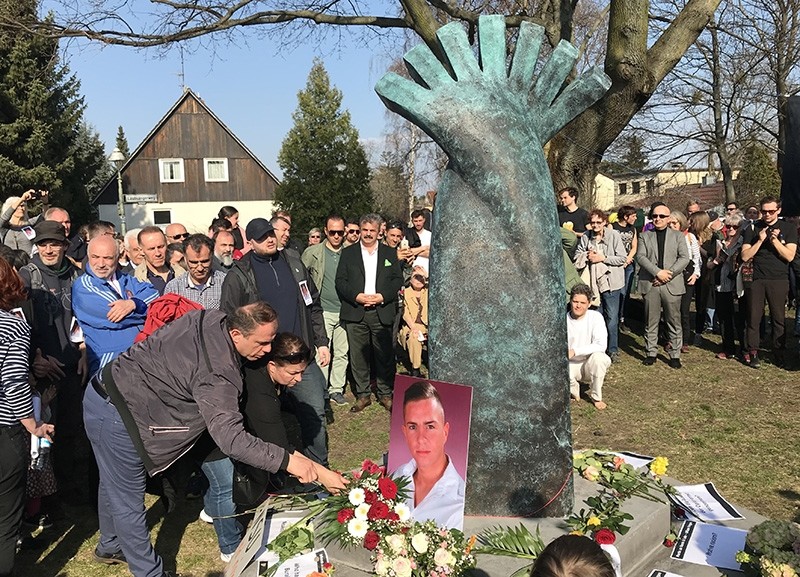 A memorial for the young Turkish victim of a presumed racial murder was unveiled Sunday in Berlin, six years after the tragic incident.

Bektaş's parents opened the memorial, built in a park at the junction of Rudower and Möwenweg streets in Neukölln district. Mustafa Çelik, Turkish Consul General to Berlin, attended the ceremony.

"In every meeting we hold, we demand from our German colleagues and law enforcement to put more effort into this and resolve the attacks carried out especially by right-wing extremists," Çelik told Anadolu Agency.

"I do not trust [German law enforcement officials]. I don't trust their prosecutors, police anymore," said Bektaş's mother, Melek. "They are trying to cover up the incident."

Çelik said the landscaping of the park was undertaken by a Turkish company and thanked all Germans who supported and contributed to the memorial's construction. He added that he believes the memorial is significant because it will create awareness.

A total of 40,000 euros were raised for the memorial, led by an initiative dedicated to uncovering the truth about the murder.

Hundreds of people joined a demonstration held before the opening of the memorial.

Bektaş, 22, was shot in Neukölln district while chatting with his friends. Two of his friends were also seriously injured during the attack.

Eyewitnesses had reported that the assailant, who was white and middle-aged, quietly left the scene after firing on the youngsters. German police claimed that no traces of evidence leading to the perpetrator could be found.