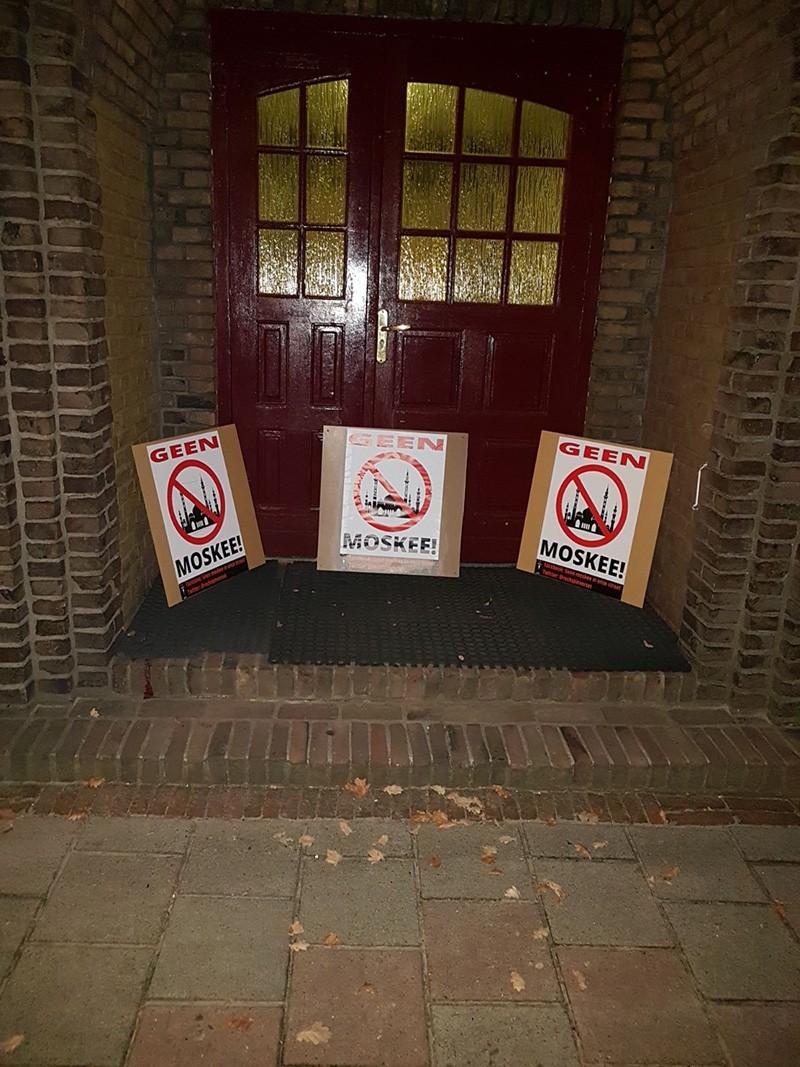 The extreme right-wing Rechts in Verzet group early Thursday put up banners with Islamophobic content in the entrance of two mosques in Enschede province, Cevdet Keskin from the Netherlands Diyanet Foundation, or NDF, told Anadolu Agency.

Another mosque complex in Houten province -- frequented Moroccan-origin Dutch citizens -- was also desecrated by a far-right group which also put up banners with anti-Islam slogans at the entrance of the mosque.

The group shared footage of the banners on their social media account which read, "We don't want a mosque", and "Islam is terror".

Keskin said that the attack was yet another sign of rising Islamophobia in the country.

"The continued attacks on the mosques in the Netherlands show that necessary measures are not being taken. We expect from the relevant authorities to do their best for the security of mosques," he said.

Keskin said that a complaint was filed with the police after the mosque visitors found the banners.

The Islamic houses of worship across Europe have endured dozens of attacks since January as attackers attempted to arson them with Molotov cocktails or spray-painted terror symbols or racist slurs on the walls. Luckily, the attacks caused no casualties.

The European Islamophobia Report 2017 -- unveiled by the Ankara-based Foundation for Political, Economic and Social Research (SETA) on Wednesday -- revealed 908 crimes, ranging from verbal and physical attacks to murder attempts, targeting Muslims in Germany, as well as 664 in Poland, 364 in the Netherlands, 256 in Austria, 121 in France, 56 in Denmark, and 36 in Belgium.