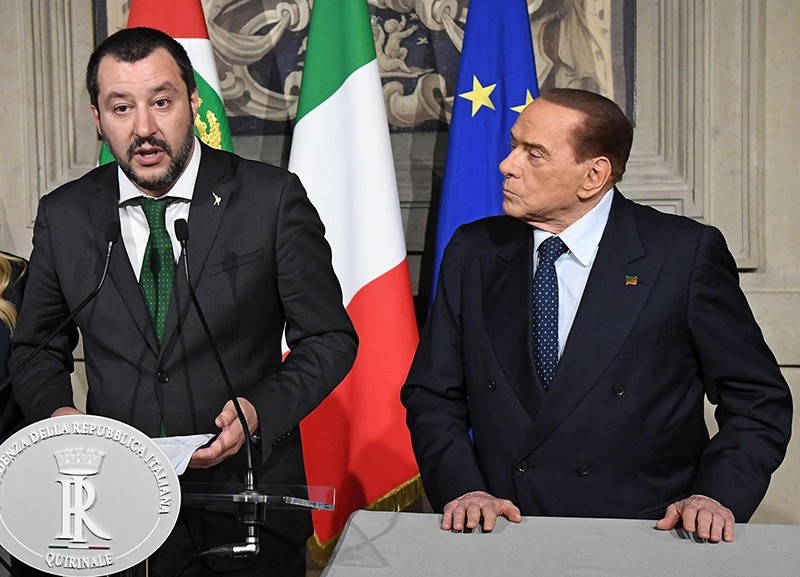 The Italian president appealed on Friday for an "urgent" solution to the deadlock over who can lead a new government as talks with anti-establishment and right-wing leaders failed amid a row over Silvio Berlusconi.

On Friday President Sergio Mattarella, who guides the talks and has the job of naming the eventual prime minister, confirmed to reporters that there had been "no progress" after concluding the second round of consultations.

However, he stressed the need to quickly form a new government given a series of pressing domestic and international issues like the tensions surrounding Syria, but said that he would wait a few days before deciding how to "end the deadlock."

The M5S is Italy's largest single party after picking up just under 33 percent of the vote in the March 4 election.

Both have repeatedly said that they are ready to work together but Di Maio has demanded that Salvini break with Berlusconi.

The League only picked up 17 percent on its own and Salvini has refused to ditch his partner.

The 81-year-old broke ranks at the end of Salvini's post-consultation speech to media on Thursday, blasting the M5S as not knowing "the ABCs of democracy".

Later Di Maio asked Berlusconi, who cannot hold public office due to a tax fraud conviction, to "step aside" so that he could start working with Salvini.

But on Friday morning Salvini stood his ground and warned of new elections if they didn't stop "bickering."

"The people will get fed up, I'll get fed up ... either they pack it in or we vote," Salvini said to national broadcaster Radio 1.

However, Mattarella has other options other than new elections at his disposal, including a third round of consultations or giving an "exploratory mandate" to an individual within the parliament who could try to gain consensus from the squabbling parties.