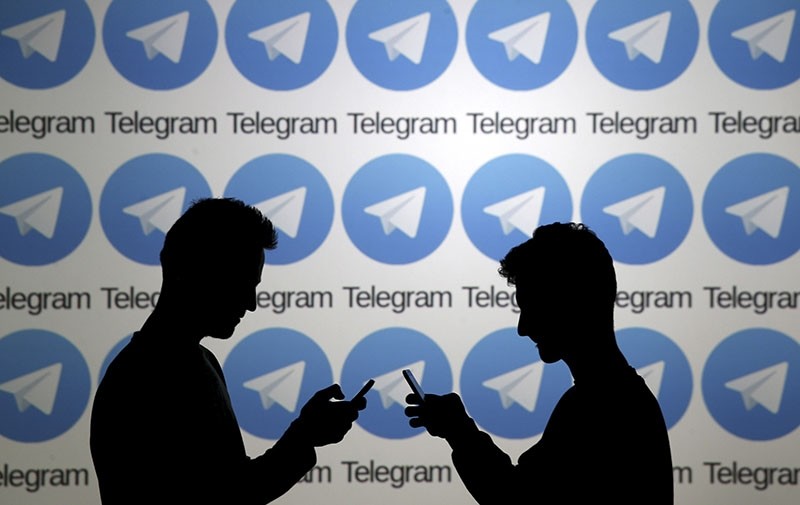 A Russian court on Friday ordered that access to the Telegram messenger service should be blocked in Russia, Russian news agencies reported, heralding communication disruption for scores of users - including government officials.

The decision came a week after Russia's state communication watchdog filed a lawsuit to limit access to Telegram messaging app following the company's refusal to give Russian state security services access to its users messages.

With more than 200 million users worldwide, the mobile messaging app allows users to communicate via encrypted messages which cannot be read by third parties, including government authorities.

The ruling follows a long-running battle between authorities and Telegram, which has a reputation for secure communications, as Moscow pushes to increase surveillance of internet activities.

The Roskomnadzor telecoms watchdog, which brought the case, had earlier demanded the service be blocked as soon as the verdict was announced.

The app's creator Pavel Durov banned lawyers representing Telegram from attending the court hearing so as not to legitimise it.

But Pavel Chikov, who leads a group of human rights lawyers representing the app, said the case had proved the efficacy of the service.

That authorities had brought the case showed that "Telegram is by far the safest messenger," he said in comments published on the platform.

The authorities also pushed "hundreds of thousands of Russian users to study proxies and VPNs" in an attempt to circumnavigate a potential ban, he said.

Both Chikov and app founder Durov have previously said any ban would be impossible to enforce.

"(The case) has shown again and again that the judicial system simply serves the interests of power and no longer cares about keeping up even the most basic of appearances," the lawyer added.

Telegram's self-exiled Russian founder Durov had repeatedly said his company would not hand over encryption keys to Russian authorities as it does not share confidential user data with anyone.

In September 2017 the FSB security service demanded encryption keys, Durov said, prompting a formal complaint when the request was rejected.

Durov wrote last year that the FSB's demands are "technically impossible to carry out" and violate the Russian Constitution which entitles citizens to privacy of correspondence.

Roskomnadzor had threatened to ban the app in June last year for failing to join its official register, which requires companies to provide the FSB with information on user interactions.

Although Telegram later registered, it stopped short of agreeing to the regulator's data storage demands.

The Supreme Court last month threw out an appeal by Telegram against the requirement to provide the data.

In Russia, Telegram is increasingly popular as an app for mobile devices and desktops - not only among ordinary people but is widely used by authorities.

The Kremlin uses Telegram to coordinate timings of regular conference calls with Vladimir Putin's spokesman, while many government officials use the messenger to communicate with media.

When Reuters asked a person in the Russian government on how they would operate without access to Telegram, the person, who asked not be identified due to the sensitivity of the issue, replied by sending a screenshot of his mobile phone with an open VPN app.

Users in Russia actively use virtual private networks, or VPNs, and other technologies, known as anonymizers, which allow people to get around restrictions that Russian authorities periodically impose on internet resources.

Telegram became the second global network after LinkedIn to be blocked in Russia. LinkedIn was blocked in 2016 when a court found the firm guilty of violating a law that requires companies holding Russian citizens' data to store it on servers on Russian soil.

The ban on using Telegram in Russia comes at a time when the company is undertaking the world's biggest initial coin offering - a private sale of tokens which could be traded as an alternative currency, similar to bitcoin or Ethereum. The company has so far raised $1.7 billion in pre-sales via the offering, according to media reports.

The free application, which lets people exchange messages, photos and videos in groups of up to 5,000 people, has attracted more than 200 million users since its launch in 2013.

From this year, companies on the register must also store all the data of Russian users inside the country, according to controversial anti-terror legislation passed in 2016 which was decried by internet companies and the opposition.

Here are four things to know about the Telegram:

Known as Russia's Mark Zuckerberg after the Facebook boss, Pavel Durov has amassed a fortune of $1.7 billion (1.4 billion euros) at 33, according to Forbes magazine.

He founded popular social networking site VKontakte in 2006 and Telegram -- with his brother Nikolai -- in 2013. Unlike his sibling, Pavel doesn't shy away from the limelight.

He once threw bank notes from his office window in Saint Petersburg, shows off his sculpted chest on Instagram, and has quarrelled with shareholders and the authorities.

"Unlike other popular apps, Telegram doesn't have shareholders or advertisers to report to," Pavel Durov wrote on Telegram's blog last month.

"We haven't disclosed a single byte of our users' private data to third parties," he added.

Durov offered whistleblower Edward Snowden a job after his revelations of mass surveillance.

The service has been accused of aiding terror plotters by refusing to share users' information. Iran recently restricted its use.

After the Paris attacks in 2015, Telegram shut accounts linked to the Daesh group and has blocked 6,000 others.

Durov has said Telegram draws a clear line, with no restrictions on "criticising local authorities, challenging the status quo and engaging in political debate."

On the other hand, "promoting violence and calling for actions that can harm innocent people are not OK," he wrote last year.

Investors are closely watching Telegram's move into cryptocurrency. Experts say the messenger wants to create its own virtual currency.

The messenging service has raised $1.7 billion this year alone, a record figure for the sector, to develop the blockchain technology on which cryptocurrencies are based.

But the service's heady growth has also had glitches. Last month the system went down for a few hours in Europe and the Middle East.

"Every service growing too fast is bound to experience growing pains, unfortunately," Pavel Durov said. "Telegram is no exception, although we strive to be one."