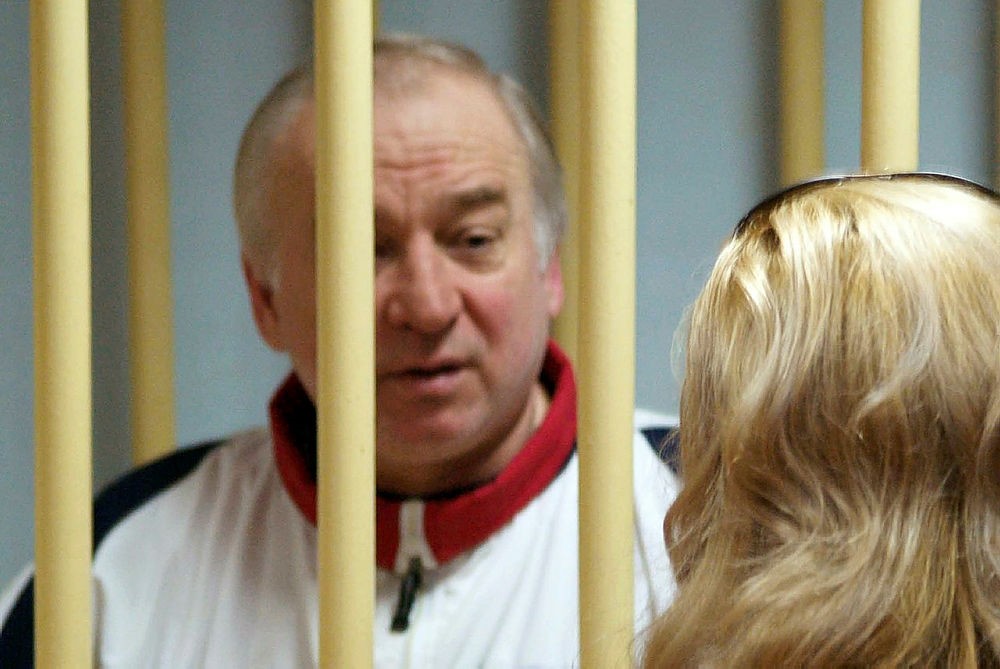 In this file photo taken on August 09, 2006 Former Russian military intelligence colonel Sergei Skripal attends a hearing at the Moscow District Military Court in Moscow on August 9, 2006. (AFP Photo)
by Apr 13, 2018 12:00 am

Russia's intelligence agencies spied on former double agent Sergei Skripal and his daughter Yulia for at least five years before they were attacked with a nerve agent in March, the national security adviser to Britain's prime minister said.

Mark Sedwill said in a letter to NATO Secretary General Jens Stoltenberg on Friday that email accounts of Yulia had been targeted in 2013 by cyber specialists from Russia's GRU military intelligence service.

Sedwill also said in the letter, which was published by the government, that it was "highly likely that the Russian intelligence services view at least some of its defectors as legitimate targets for assassination."

The Skripals were targeted by what London says was a nerve agent attack that left both of them critically ill for weeks. British Prime Minister Theresa May has said it is highly likely that Moscow was behind the attack.

Russian Foreign Minister Sergei Lavrov noted on Friday that a report this week by the Organization for the Prohibition of Chemical Weapons (OPCW) did not confirm the origin of the poison used against the Skripals.

Lavrov said the report only confirmed the composition of the substance and that Britain's claim that it confirmed the UK position on the Skripal case was overstated.

Separately on Friday, Russia's ambassador to Britain said he was concerned the British government was trying to get rid of evidence related to the case.

"We get the impression that the British government is deliberately pursuing the policy of destroying all possible evidence, classifying all remaining materials and making an independent and transparent investigation impossible," Alexander Yakovenko told reporters.

He also said Russia could not be sure about the authenticity of a statement issued by Yulia Skripal on Wednesday in which she declined the offer of help from the Russian embassy.