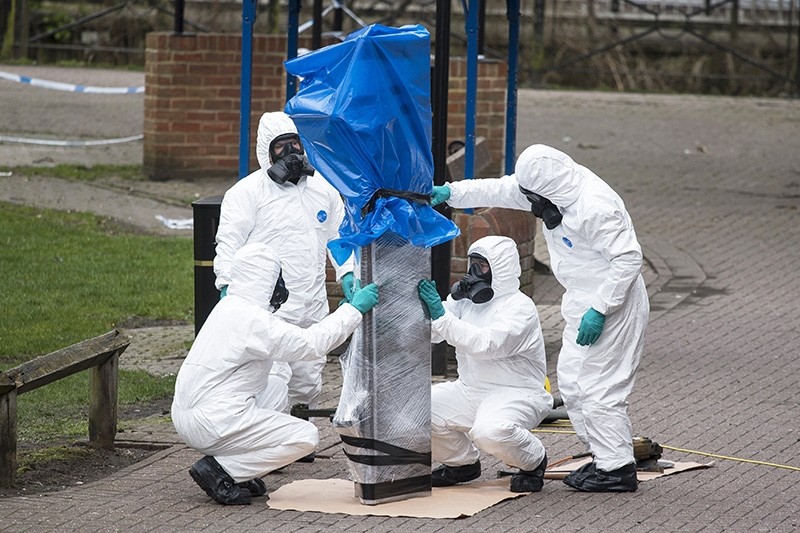 Moscow on Saturday accused the chemical weapons watchdog of manipulating the results of its probe into the poisoning of a former Russian spy, saying his samples had traces of a nerve agent used by the West.

Britain says former double agent Sergei Skripal and his daughter Yulia were last month targeted with a nerve agent of the Novichok family which was developed in the Soviet Union.

The attack shredded ties between Russia and Britain and led to a severe crisis in relations between Moscow and the West including a huge wave of tit-for-tat expulsion of diplomats.

The Organization for the Prohibition of Chemical Weapons has said it confirmed "the findings of the United Kingdom relating to the identity of the toxic chemical" without naming the substance involved.

On Saturday, Russian Foreign Minister Sergei Lavrov said the OPCW had sent the Skripals' biomedical samples to Swiss experts who found they contained traces of the nerve agent BZ used by the West.

"According to the results of the examination, the samples had traces of toxic chemical BZ and its precursors," Lavrov said, citing what he said was "confidential information."

"BZ is a nerve agent that temporarily incapacitates a person," Lavrov said, adding that the chemical was used by the military of the US, Britain and other NATO members.

"Russia and the USSR never developed such chemical substances."

"In this regard we are asking the OPCW why the information which reflected the conclusions of specialists from the Spiez Laboratory was completely omitted from the final document."

"And of course if the OPCW decides to deny that it used the Spiez Laboratory then it would be interesting to hear those explanations too."

Lavrov appeared to be referring to the Swiss institute for the protection of the population against nuclear, biological and chemical threats and dangers located in the Swiss town of Spiez.

It is known as the Spiez Laboratory.