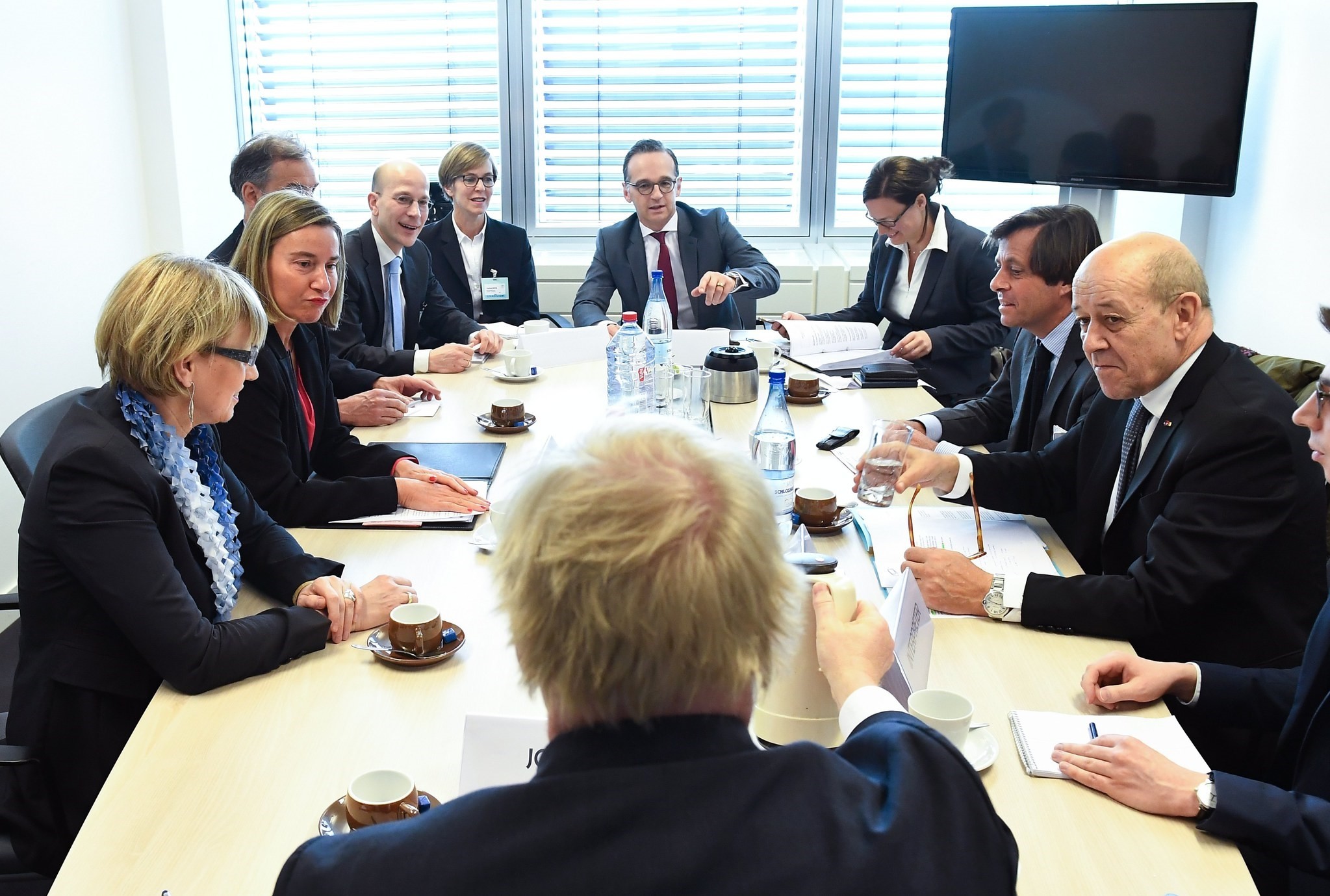 The European Union failed to agree new sanctions against Iran on Monday amid Italy's opposition and fears that punishing Tehran for its missile program and regional role would not stop U.S. President Donald Trump from abandoning a separate nuclear deal.

Speaking on the sidelines of EU foreign ministers' discussions in Luxembourg, some diplomats said the outcome meant the EU might not make the U.S. President's May 12 deadline to "fix" the 2015 nuclear accord.

The EU is eager to safeguard the pact, under which Tehran agreed to curb its nuclear ambitions for at least a decade, but Trump has been a fierce critic.

He has threatened not to extend U.S. sanctions relief on Iran related to the agreement which sees the West mostly lifting extensive sanctions in exchange for the Islamic republic curbing its nuclear program.

Seeking to respond to Trump's criticism of the nuclear accord and Tehran more broadly, France, Britain and Germany proposed directing sanctions at Iranian "militias and commanders" fighting on behalf of Syrian regime leader Bashar al-Assad.

They hoped holding Iran accountable for this could help convince Trump not to walk away from the nuclear agreement. But they ran into opposition by Italy, backed by Austria.

"It may be that the nuclear agreement is dead in the water anyway, so why risk emboldening the radicals in Iran and undermining our chances to win contracts there," said one diplomat from the sceptical camp.

But another, from one of the three European powers, noted the bloc still had four weeks to go: "We are clearly heading there, though we need a bit more time."

A third diplomat said it did not seem "very likely" that the bloc would now put new restrictions in place by mid-May.

With the EU as a whole keen to safeguard the nuclear accord, the 28 EU ministers agreed to continue work on the matter in the coming days and weeks. "The issue remains on the agenda," said Germany's new Foreign Minister Heiko Maas.