Macron says he is ‘the equal’ to Russia's Putin 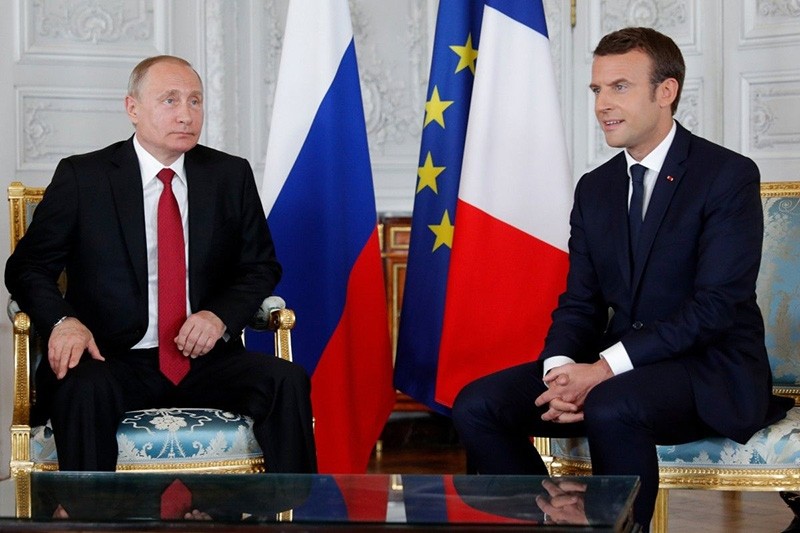 French President Emmanuel Macron reportedly said that he is "the equal" to his Russian counterpart Vladimir Putin, and that the U.S.-led strikes on Syria which France joined proved that he was "part of this."

After an interview with RMC radio host Jean-Jacques Bourdin Mediapart's Edwy Plenel on Sunday, the French president shared a drink with journalists.

Bourdin later told RMC radio that Macron said "I am an equal to Putin," while commenting on his and France's stance in the ongoing Syrian crisis.

"By the way, Putin understands me. And I decided to strike Syria in order to convey to Putin that we are also part of this," Bourdin cited the French president.

The journalist also claimed that Macron labeled Saturday's attack on suspected Syrian military facilities that housed chemical weapons as a "decision that will lead to peace in Syria."

During the aired interview, Macron asserted that Paris had convinced Donald Trump to stay engaged in Syria "for the long-term," adding that French air strikes did not amount to a declaration of war against the regime of Bashar Assad.

"We have not declared war on the regime of Bashar Assad," the 40-year-old centrist said at the start of the combative TV interview, stretching nearly three hours, to mark almost a year in office.

He said the U.S., France and Britain targeted "extremely precise sites of chemical weapons use" in an operation that went off "perfectly."

Saturday's strikes targeted three alleged chemical weapons facilities in response to what the West says was a gas attack on the town of Douma that killed dozens of people.

The French and Russian leaders will meet during the the St. Petersburg International Economic Forum (SPIEF) the upcoming month.

Although there are increasing tensions between France and Russia due to Moscow backing the Assad regime and the poisoning of former double agent Sergei Skripal in the United Kingdom, Macron did not cancel his official visit.

The Kremlin, on the other hand, was pleased with Macron's "constructive approach," saying that the French president's approach to "solve problems through dialogue" matched Putin's point of view.