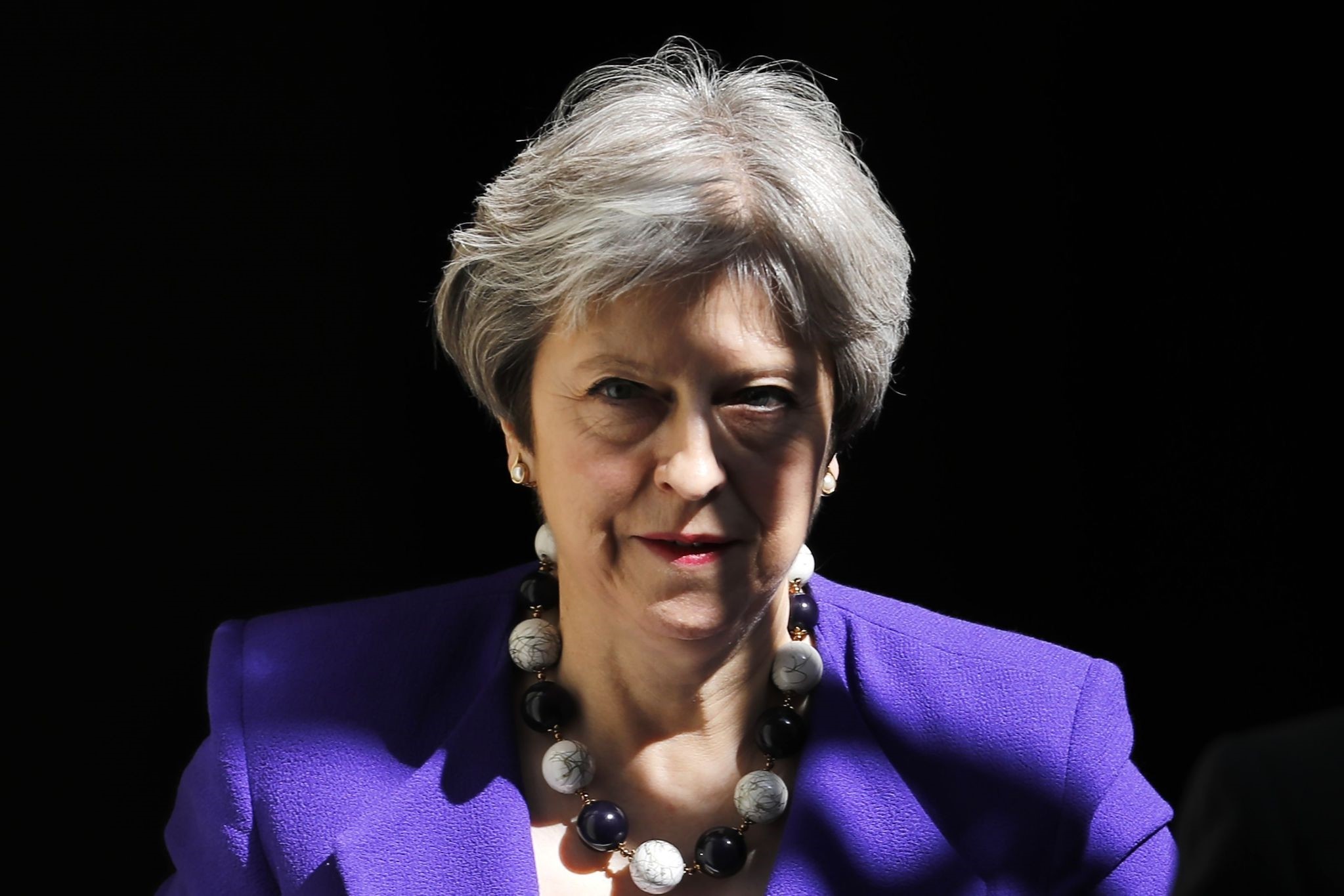 Britain's Prime Minister Theresa May leaves 10 Downing Street in central London on April 18, 2018, as she heads to the weekly Prime Minister's Questions (PMQs) session in the House of Commons. (AFP Photo)
by reuters Apr 18, 2018 12:00 am

Britain's upper house of parliament inflicted an embarrassing defeat on Theresa May's government on Wednesday, challenging her refusal to remain in a customs union with the European Union after Brexit.

The Prime Minister, who has struggled to unite her Conservative party over Brexit, has said Britain will leave the EU's single market and customs union after it quits the bloc next March so that London can forge its own free trade deals.

That stance widened divisions within the party and raised the prospect of defeat in the upper House of Lords, where the Conservatives do not command a majority.

By a vote of 348 to 225, the Lords, from all parties, supported an amendment to her Brexit blueprint, the EU withdrawal bill, requiring ministers to report what efforts they had made to secure a customs union by the end of October.

It does not explicitly say Britain must reach a deal on such a union and Brexit campaigners called it a ploy to embolden EU supporters in the lower house of parliament to press their case for May to reverse her position and back a customs union.

"If in the end we do leave, it should be in way that limits the damage to the country's wellbeing ... and that's why I believe it makes sense for the government to be asked to explore customs unions," said Lord (John) Kerr, a supporter of staying in the EU at the 2016 referendum.

His comments were met by criticism from pro-Brexit peers, who agreed with Viscount (Matthew) Ridley who described it as "an attempt to wreck this bill and wreck Brexit" - a charge denied by those proposing the amendment.

The government minister in the Lords, Lord (Martin) Callanan said ministers could not support the amendment because they did not believe that a customs union was in Britain's best interest, suggesting it would seek to reverse the changes.

A spokeswoman for the Brexit ministry expressed disappointment over the amendment.

It is the first of several defeats the government is expected to suffer in the Lords over the remaining stages of the debate in coming weeks.

After the Lords, the bill will return to the House of Commons, possibly as early as next month. Both houses have to agree on the final wording of the bill before it can become law.

After losing the Conservatives' parliamentary majority in an ill-judged snap election last June, May relies on the support of a small Northern Irish party to pass legislation.

Many in the unelected Lords have been keen to underline that, rather than dictating policy to the government, they were instead giving May a chance to offer alternative ways of leaving the European Union.

Some may be fearful over their future.

There have been several attempts to reform the Lords, home to around 800 members and often the focus of criticism over their enjoyment of generous allowances.

By choosing to target the customs union, the peers have touched on one of the main flashpoints in the Brexit debate, which has sowed divisions across Britain.

The main opposition Labour Party says it would want a new customs union if it was in charge of the Brexit negotiations. May's trade minister, Liam Fox, and others see such a deal as anathema if it prevents London negotiating its own trade deals.

But a customs union that sets external tariffs for goods imported into the EU, and allows them to flow freely, would offer a solution to the problem of ensuring no return to a hard border with the bloc on the island of Ireland.

According to one of her former officials, May could seek a compromise on a customs deal if it meant safeguarding the union of the United Kingdom by preventing the return of a hard border with EU member Ireland.