Memorial for Turkish murder victim comes under attack in Berlin 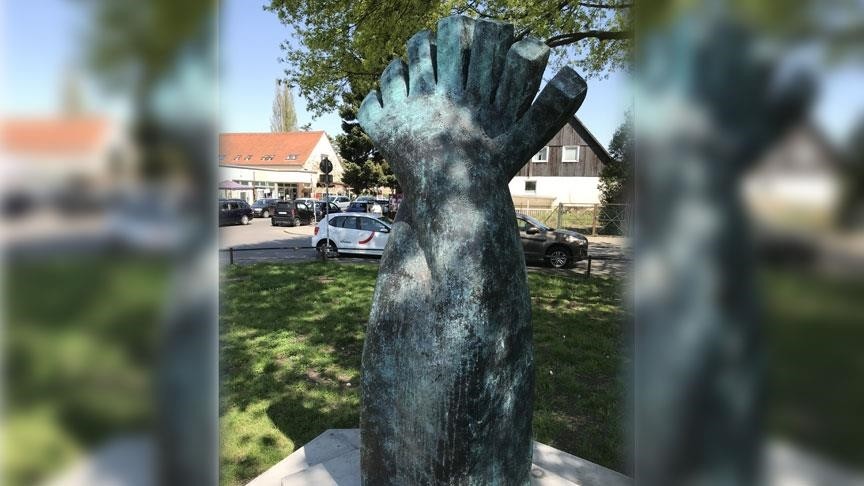 A memorial erected for a Turkish victim of a racial murder came under attack by an unidentified group on Friday in the German capital.

The memorial, which was built after the murder of Turkish youth Burak Bektaş on April 5, 2012, was attacked by a chemical liquid that changed the color of the statue, Berlin police said.

The memorial was built in a park at the junction of Rudower and Möwenweg streets in Neukölln district after an initiative dedicated to uncovering the truth about the murder raised a total of 40,000 euros ($49,128).

Bektaş was shot in Neukölln while chatting with his friends. He was 22 years old. Two of his friends were also seriously injured in the attack.

Eyewitnesses had reported that the assailant, who was white and middle-aged, quietly left the scene after firing on the youngsters. German police had claimed that no traces of evidence leading to the perpetrator could be found.

Speaking after the attack, Burak's mother Melek Bektaş said the incident showed once again that they cannot find peace and called on German authorities to resolve the case.