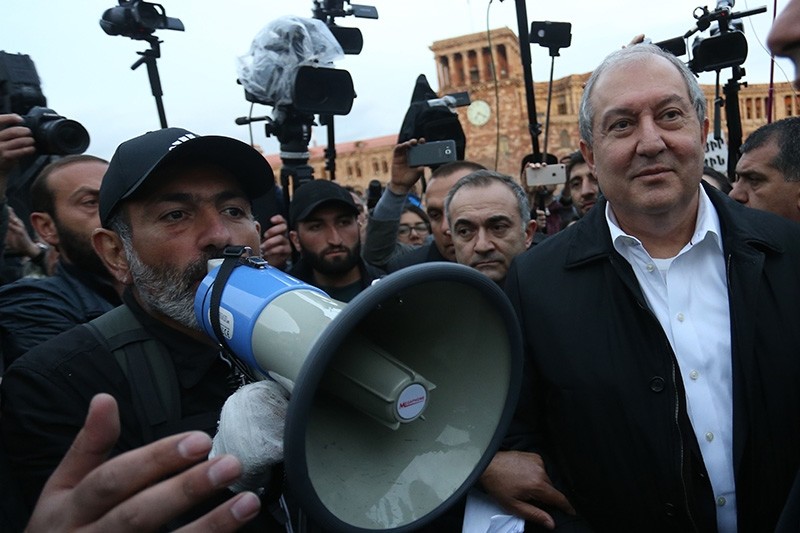 Armenian President Armen Sarkisian (R) stands next to opposition leader Nikol Pashinyan (L) during a rally in central Yerevan on April 21, 2018, held to protest the former president's election as prime minister. (AFP Photo)
by Compiled from Wire Services Apr 21, 2018 12:00 am

As soon as he arrived, President Sarkisian, accompanied by his bodyguards, shook hands with Nikol Pashinyan, an MP and leader of the opposition, before the two men started a discussion, an AFP journalist said.

Pashinyan earlier said he was only prepared to discuss the exit of the new prime minister, former president Serzh Sargsyan.

"We are only ready to discuss the conditions of his departure," news agencies quoted Pashinian as saying after Sarkisian called on the opposition to enter into talks with authorities.

"This won't be a dialogue, as I already said, we do not want vendetta and we wish to secure the transfer of power to the people while avoiding shock as much as possible," Pashinian was quoted as saying.

In the evening, about 50,000 demonstrators gathered in the capital's central Republic Square.