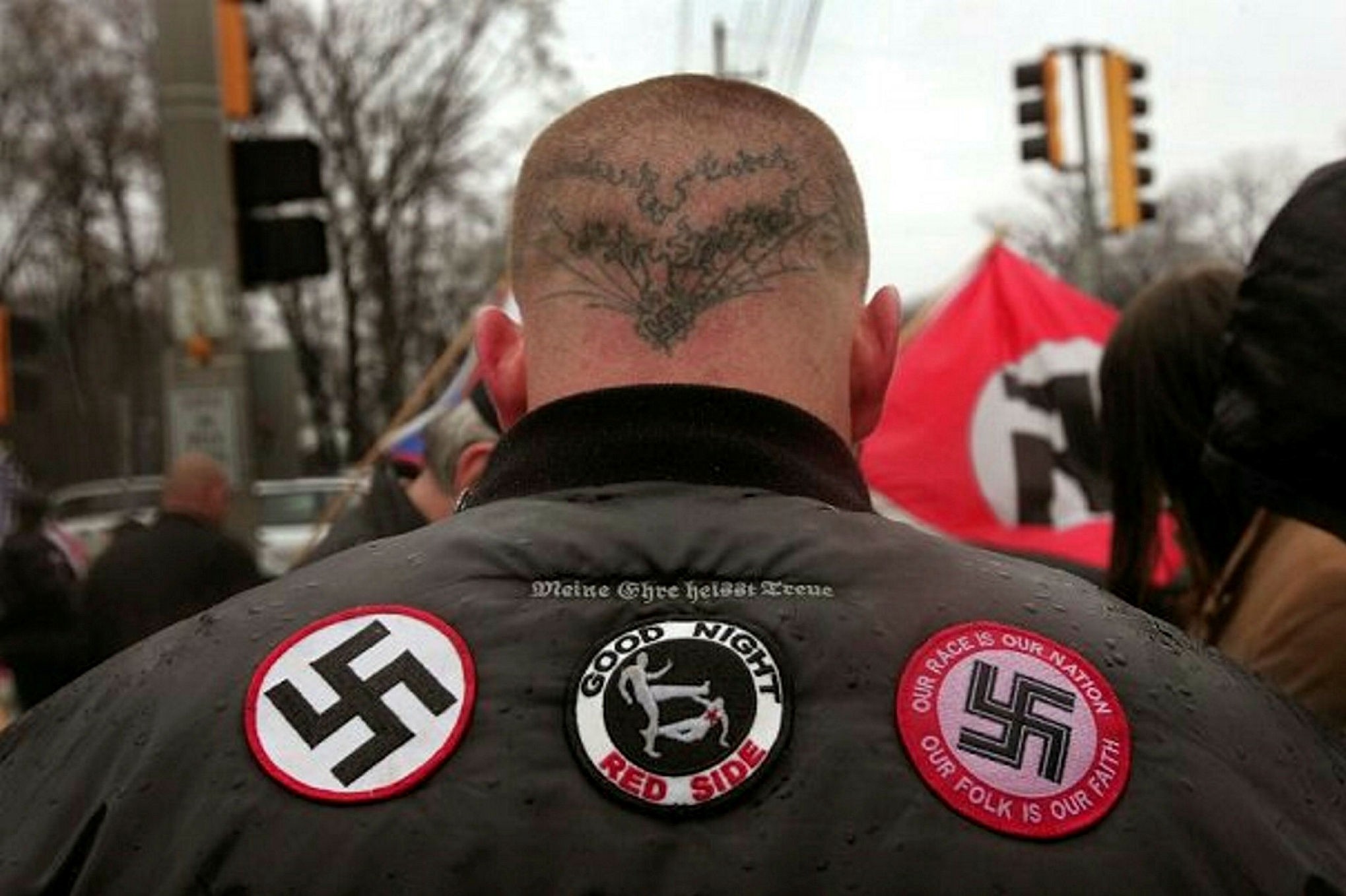 German authorities are increasingly concerned over growing far-right movements in the country.
by Compiled from Wire Services Apr 21, 2018 12:00 am

Nearly 1,000 neo-Nazis and other far-right sympathizers across Europe traveled to a small town in eastern Germany this weekend, revealing an emboldened far-right movement

Hundreds of neo-Nazis congregated Friday, which marks Adolf Hitler's birthday, for a two-day festival in a small eastern German town while the country struggles with growing right-wing terrorism.

A major police deployment aims to prevent violence during the "Schild und Schwert" (Shield and Sword, or SS) festival near the Polish and Czech borders that was expected to also attract eastern European extremists.

"You will see police on every corner," the local police chief told a regional newspaper, with hundreds of officers being brought in from other states, while Polish authorities across the Neisse river border also said they would step up patrols.

Some 1,100 police were backed by water cannons and boats patrolling the Neisse border river, on the bank of which the festival is being held, reported the local Saechsische Zeitung.

The event comes as Germany, after a mass influx of asylum seekers, is witnessing a revival of far-right and ultra-nationalist groups and has seen the anti-immigration Alternative for Germany (AfD) enter parliament. A group of right-wing extremists attacked three dark-skinned men in the western German city of Dortmund, hitting them and kicking them as they fell while trying to escape, police said on Friday, according to dpa. The group of around 10, who are known to police as extremists, yelled racist insults at their victims in the incident Thursday evening.

German authorities are increasingly concerned over growing right-wing terrorism in the country. Since 2016, Germany has conducted an increasing number of nationwide raids targeting right-wing groups, including houses, apartments and other properties believed to be owned by members of such groups, targeting the so-called Reich citizens movement, Reichsbürgers.

Shield and Sword Festival organizer Thorsten Heise of the National Democratic Party (NPD) has been described by intelligence services as racist and anti-Semitic, but last year avoided a legal ban because of its small membership and limited influence.

A separate "Peace Festival" has been organized by local politicians, civic groups and church leaders, with conservative Saxony state premier Michael Kretschmer due to give the opening speech.

The event in the town center will feature speeches, a circus and an Arabic cafe to show that the town values "cosmopolitanism, tolerance, democracy and peaceful coexistence."

While neo-Nazis have long staged underground concerts for recruiting and fundraising, a major two-day music festival with a tent city and tickets selling for up to 45 euros is seen as an escalation of the emboldened far-right movement.

It is being staged just across the border from Poland's Dolny Slask (Lower Silesia) region, which was invaded by Nazi Germany and whose return to Poland after World War II continues to anger neo-Nazis.

Sascha Elser, spokeswoman for the counter protest "Rechts Rockt Nicht," said, ironically, Polish extremists are expected to flock to the festival, where she said German and eastern European neo-Nazis hope to "strengthen relations."

"If this is really to happen, that you can gather and celebrate Hitler's birthday without any problems or consequences, it is a clear sign that our law and society are sick."

A 75-year-old pensioner living near the festival site, who asked not to be named for fear of reprisals, told Agence France-Presse (AFP), "It is a shame that the government cannot ban this given all the pain that Hitler brought to Germany."

The Shield and Sword lineup features bands linked to the far-right and hooligan scene. Also on the program is a "fight night" event called "Kampf der Nibelungen," a reference from Germanic and Norse mythology, featuring boxing, kickboxing and mixed martial arts. "To live is to fight," declares the event's website. "It has always been the fighters who defend their clans, their tribes and their homeland."